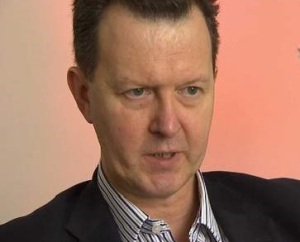 The recent release of a study by the Sackler Centre for Consciousness Science, University of Sussex, which said that it had found changes in the structure of the brain caused by technology media multi-tasking, coincided with a panel discussion about just that at the Cheltenham Literary Festival.

There is a great deal of controversy surrounding this topic in terms of the emerging scientific evidence, as demonstrated in the personal views held by experts, including Susan Greenfield, and the concerns raised by parents. It would seem to be an absurd notion to consider that mobile connected devices have no impact on brain development, yet the extent and reversibility of any changes also need serious consideration, particularly in the area of multi-tasking, which is so prevalent in how we use new technologies today.

The recent and widely reported research from the Sackler Centre found reductions in volume of grey matter of the anterior cingulate cortex in those that were highly engaged in media multi-tasking, however, this study did not focus specifically upon new technologies. Activities such as reading print, watching television, taking voice calls, or responding to instant messaging platforms were all assessed as aspects of media multi-tasking—all within the largely student population under investigation. And therein lies the challenge; if we are to understand the nature of any impact of any digital activity, we need to be able to describe more precisely or tease out the activities that have the most influence.

“Offline” and “online” are now unified in a world of internet everywhere, and understanding and quantifying digital use is not easy. Too often, we resort to generalisations that do not identify specific activities, let alone the consequences of them, and we fall foul of undifferentiated terms such as “the internet” or “gaming,” when more precise activities are being undertaken. The various combinations of activities that are undertaken during multi-tasking could all have different effects upon the brain.

Reading print while watching television is likely to have a rather different impact from gaming and responding to instant messages while on a phone call. The latter activities are likely to be conducted at a higher speed, with greater task switching, but even this makes assumptions regarding the game played and the nature of the messaging.

Ascertaining how people, particularly the young, use their digital devices is also complex. Some understanding of the technologies, sites, apps, and rewards helps, but even terms such as “online” mean little to a person who lives in a world of ambient internet and permanent connection. The wrong wording of a question can fail to generate a true understanding of a person’s digital life.

Self reporting is also problematic as awareness of one’s use can be distorted—the passage of time may be perceived to be different when undertaking certain digital activities, such as gaming. Yet we cannot escape the need to be better at assessing the specificities of someone’s use of digital devices, both quantitatively and qualitatively, if we are to understand the impact of that use upon development—neurological or otherwise. The demand for this is pressing, as devices become yet more sophisticated in function, smaller, and “wearable,” as shown by the Apple Watch and Google Glass. And practitioners across the public sector will be pressed repeatedly to answer questions and support parents where consumption of digital media is causing concern.

We cannot, at the moment, do more than offer advice based on a sense of balance between offline and online activities, what we know about wellbeing, and any reported negative impact upon a person’s state of mind or behaviour. But in time, it would be helpful to know what activities can cause changes to the brain (or elsewhere) that should concern us, and what promotes healthy development and wellbeing.

There are many—and at times infinitely touching—examples of how the digital world has transformed a life or a community, and we should also learn more of the possibilities of digital “enriching environments” that can even reverse earlier adversities. Through detailed understanding of devices and their use, we can use research evidence to promote digital wellbeing.

The challenge, as we explore the effects of technologies as they evolve, is to ensure that our methodologies are sufficiently grounded not only in neuroscience, internet psychology, and the many aspects of the digital world. As was pointed out by Peter Garratt, lecturer in the department of English studies at Durham University and chair of the “Is Technology Changing the Brain” panel at Cheltenham, there is much to be learnt from past endeavours to understand the world. From the works of the early Romantics, such as Wordsworth or Coleridge, through to the “Seaside Studies” of Henry Lewes and George Eliot, “seeing,” describing, and struggling to understand objects and phenomena apprehended was the goal.

In the hope of better evidence, let the “digital studies” begin.

Dr Richard Graham is a consultant child and adolescent psychiatrist at the Nightingale Hospital, and former clinical director of the adolescent department at the Tavistock & Portman NHS Foundation Trust. He founded the UK’s first dedicated Technology Addiction Service for Young People at Nightingale Hospital in 2010. For the last decade his work has centred on the impact of technology on development, firstly focusing on the role played by visual media in body image disorders, and more recently through exploring the influence of connected devices, social media, apps, and video games on adolescents and younger children.