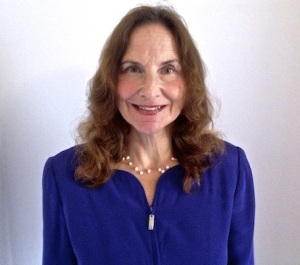 Patient rights and empowerment movements have grown exponentially over the last decade. Shared data movements and clinical decision making may employ slogans like “having a voice,” “nothing about me, without me,” and “give me my damn data,” all these expressions share the language of loss and blame. Vision and partnership are not built by crying for what we do not have, but instead by realistically assessing the situation as it is and working to build collectively what we have. (Price, Biswas & Biswas, 2013)

Some patients have done just that. In a recent BBC programme, Vivienne Parry interviewed those who have dared to engage in patient led research, and who have subsequently challenged and enriched the medical establishment.

She interviewed Tal Golesworthy, an engineer who developed a solution to fix his own heart by observing how plant vines were reinforced during periods of growth. The speed of getting this particular innovation into practice is troublesome for patients, who point out that it is nine years since the innovation was successfully used for Tal’s heart and yet the device has so far only been given to 42 patients.

Sara Riggare, an engineer and a juvenile onset Parkinson’s disease survivor, builds online tools to help fellow patients self manage their conditions and measure the effect of interventions they engage in over time—all with the use of an app installed on a smartphone. Her innovation can be used independently and without the help of a medical professional. She powerfully states that she spends about an hour a year with her neurologist and the remaining 8765 hours she self manages her condition. She points out that even the care she is provided with by her neurologist is moderated by the information she is able to feed back to him.

Dr Paul Wicks, of Patients Like Me, shared his experiences of patients doing research, collecting data, and then being taken over or managed by a recognised research body for the findings to be properly validated and respected. He used a patient directed trial on amyotrophic lateral sclerosis (ALS) as an example of where the combination of patient inspired research and professional guidance helped to put in perspective the findings of an underpowered study, which had showed a benefit that was later unrealised in the larger, more robust patient directed trial.

His concerns about getting patient initiated research and interventions into the mainstream are shared by Sue Duff who, out of personal desperation, used DIY “do it yourself” faecal transplants to treat her son after other Clostridium difficile interventions failed. She now runs an organisation to help others learn how to administer DIY faecal transplants.

Should patients be “allowed” to do their own research?

Are patients educated enough to master the complexity needed for good research? Some feel that patients will be harmed through self-experimentation, that they do not understand the risks, and that they may become prey to junk science predators who sell devices that do not meet standards for accuracy and safety. But patients say that they have the right to choose what they are involved in as their bodies are their own and they want to be doing research for themselves.

The public as health science researchers and the weapon of risk

Many patients report that they fail to qualify for clinical trials or that they find the lack of access to their own data or trial results frustrating. They point out that when a new intervention causes long term harms, they are the ones who bear the consequences and long term costs. They state that by the time research is approved, they will be dead. Terminally ill patients have difficulty understanding why others are concerned with them understanding risk as they report having nothing left to lose.

Even a Nobel laureate faces risk in research without knowledge

The brilliant and determined Noble laureate Marie Curie succumbed to aplastic anaemia through radiation exposure. She would carry radium in her pockets during research, yet her research saved millions of lives. High risk intervention in the hands of the unschooled may lead to destruction regardless of education or intelligence, but perhaps we need to consider the timing of when high risk matters. Curie did not have others to help her reduce risk, but today health researchers can teach risk and guide the public into informed shared decision making.

The patient self management track record

Patients self manage high risk, potentially harmful drugs daily. For example, they self manage insulin, thyroid medications, blood thinners, and epilepsy drugs with minimal supervision and few adverse incidents. Patients learn to insert their own feeding tubes, conduct home dialysis, manage oxygen, use home nebulisers, insert catheters, inject EpiPens, regulate pain devices, and flush out their own colostomy bags after initial training and supervision. The transition to patients doing research for themselves seems inevitable. The patient is not an entity, but a person and that person can be a medical problem solver.

We have witnessed the spectacular data collection initiated by Salvatore Iaconesi, an Italian tactical media artist who was diagnosed with brain cancer in 2012. He retrieved his digital records only to find that they could not be opened without proprietary software. He hacked the format, so his digital films could be viewed and annotated by anyone, and he then posted them online at his La Cura website to share his vision for an open cure. Now, after surviving cancer, he speaks openly about the dehumanisation that occurs when we enter the patient zone. He asserts that when the patient role comes upon us, we can step into society and become active agents in our own care.

Can those without medical training contribute to health innovation?

Co-inventor Richard van As lost three fingers while renovating and could no longer work. The high cost of prosthetics and his own lack of work meant that he had to do without, until he and someone who published 3D prosthetic information met online and decided to experiment with a 3D printer. They found that for a few hundred dollars they could build custom sized prosthetic limbs, and with that “Robo Hands” was created, which helps people who need prosthetics.

John Holter was a toolmaker whose son contracted meningitis and “water on the brain.” Relieving the pressure protects the brain, however, a valve to control the direction and flow of the cranial pressure was needed. The silicon valve perfected by Holter was too late to save his own son’s life, but has since helped millions of others.

Kenneth Shinozuka, a 15 year old whose grandfather suffered with dementia, devised a plan to keep dementia patients who wander safe while those they live with are asleep. He created coin sized wireless sensors to go on patients’ feet, these detect pressure caused by standing up, and at that point a signal is sent to the caregiver’s smartphone.

The Odon device, which aims to make childbirth easier, was developed by Jorge Odon, an Argentinean car mechanic who was inspired by a YouTube video and the desire to solve the problem of how to reduce the complications of a painful birth. Instead of hard metal forceps, the baby is “popped” out of the birth canal like a cork popping from a bottle.

These are only a scattering of some of the patient led research interventions available. As e-Patient Dave notes in his book Let Patients Help, “Patients are the most under-used resource in our information systems.” More collaboration between public inventors and research scientists is needed to bring innovations into widespread use.

Patients doing research for themselves will not be enough. If we want more valuable and informed collaboration, it’s important to improve the public’s knowledge about medical research: how methods compare and are evaluated. The BMJ‘s new involvement of patients as patient peer reviewers is one step forward here in helping to expand the public’s role as responsible, empowered, and informed healthcare research decision makers.

Amy Price is developing PLOT-IT (Public led online trials – Infrastructure and Tools) as her doctoral project in evidence based healthcare at the University of Oxford. She is a neurocognitive rehabilitation consultant and a Director of ThinkWell. Her goal is to build bridges between science, healthcare, and the public.