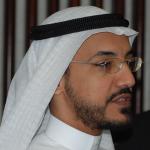 “Pilgrimage to the House is a duty owed to God by people who are able to undertake it.”  Quran 2:97.

On Friday 3 October, over three million Muslims from more than 180 countries will come together for the Hajj, probably the largest human gathering on earth.

The annual Muslim pilgrimage to Mecca is the fifth pillar of Islam. Muslims who have the physical, mental, and financial competency are required to perform Hajj at least once in their life. During Hajj, pilgrims perform a series of strenuous activities over a short period of time in a small geographical area.

The Hajj represents a challenge to the Saudi authorities who are taking it very seriously in planning, implementing, and evaluating its activities. Every year, the Saudi Ministry of Health publishes an updated list of health regulations for pilgrims, concentrating mainly on immunization against selected infectious diseases—the major public health threat during Hajj.

Pilgrims are not allowed to get the Hajj visa from Saudi embassies if they fail to meet the vaccination requirements.

However, the regulations do not say anything about pilgrims’ physical ability to perform the strenuous Hajj activities, despite the fact that most of them are older people and a considerable number of them have chronic diseases, which is the major cause of death among pilgrims during Hajj.

There is a need for evidence based guidelines to screen pilgrims with chronic disease and evaluate their physical ability to perform Hajj. Arguably, it is justifiable to issue a “fit for Hajj” certificate, similar to the immunization certificate required for all pilgrims needing a Hajj visa.

Abdullah Aljoudi is an epidemiologist and consultant of family and community medicine, as well as assistant director of academic affairs and training at King Fahd University Hospital, University of Dammam, Saudi Arabia. He is currently undertaking a four week placement at The BMJ.