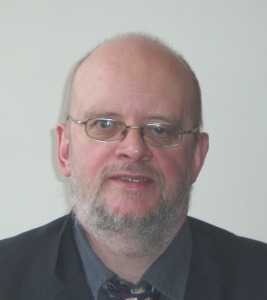 On 14 July this year, the chancellor of the exchequer announced the go ahead for the new Midland Metropolitan Hospital (MMH) in Smethwick, serving the people of West Birmingham and Sandwell in the West Midlands of England. As the chancellor returns to Birmingham for his party conference, the Royal College of Physicians has launched its manifesto, promoting its Future Hospital programme, around the party conference circuit. If any hospital could claim to hold the essence of the RCP aspirations for the “Future Hospital,” it is surely MMH.

The hospital will have around 700 beds, be loaded with high tech kit and specialist expertise, and be geared to seven day working. The hospital will be planned around a growing infrastructure of outpatients; clinical and social care in the community; and strengthened, complementary, preventive public health initiatives, along with integrated social care. When opened, by 2019, it will result in the closure of two accident and emergency departments and the loss of over 700 beds from Sandwell and Birmingham City hospitals over 10 years.

The story behind the hospital proposal is a story already 12 years in the making. It is one of extraordinary and painstaking planning commitments, which have survived the turnover of at least nine chief executives and five statutory organisations. It has engaged clinicians in service redesign plans for (to name a few) cardiology, diabetes, ENT (ear, nose, and throat), gynaecology, dermatology, and musculoskeletal services. It has led to new outpatient provision in the community and already seen a reduction in 400 beds. The programme has been through the largest single community consultation in England in 2006. A joint Sandwell and Birmingham Council scrutiny committee oversaw planning proposals from 2005 to 2010. Further community consultations accepted the need for the closure of an obstetric unit on safety grounds, rationalisation of cold and elective surgery, paediatric provision, and overall changes in acute care.

The hospital idea first sprang up with the closure of the Cape Hill Brewery in Smethwick—the site was almost equidistant between Sandwell and Birmingham City hospitals in the newly unified NHS trust. The site was already earmarked for housing, but town planners from Sandwell and Birmingham said land for the right project wasn’t a problem, and began a fruitful involvement with hospital managers. The three Sandwell primary care trusts at the time and Heart of Birmingham muscled in strongly early on, insisting that any new hospital must be sized according to their aspirations for a major expansion in primary and community care.

Originally known as “Towards 2010,” the programme caught a bit of stick from Private Eye when 2010 came along and no new hospital had appeared. I take a long view: if a hospital is going to last you 150 years—and many serve longer—10 years in the thinking and planning, and five years in the building is no bad thing. Especially as so much supportive infrastructure has happened in the meantime to give the hospital the best chance of success. The scheme has had the chance to incorporate green and sustainability features, which would have been seen as whacky at the start, but are now seen as standard. Regenerative aspects for the local economy, such as local employment, key worker housing, and a science park for health and care innovation have become generally expected. Public transport consequences remain a challenge and always need the longest lead times.

The programme became known as “Right Care, Right Here” and was subsequently assimilated into the work of the Sandwell and Western Birmingham clinical commissioning group—one of the few CCGs to be allowed to cross local authority boundaries in its coverage—in recognition of its key role in commissioning for the whole system and catchment area.

In 2005 the programme embraced public health. We had already completed a major needs analysis, which was published in my 2004 annual public health report. Colleagues recognised the need for public health to play a major part in preventing people needing hospital care, and in restoring and maintaining function in long term conditions. Public health became a strong contributor to primary prevention, risk stratification, and community drug and alcohol preventive programmes. Modelling work showed that affordable warmth and housing improvements could reduce hospital admissions, and led to Sandwell PCT investments from 2009.

Community infection control also has a major role in reducing hospital bed usage and preventing the closure of hospital services. A recent analysis by the Central Midlands commissioning support unit said that alcohol, obesity, and smoking related disease codings represented major potential conditions for which hospital admission could be reduced. This evidence was published in my 2013 annual public health report, p26-8.

Mental health trusts and primary care mental health champions are also engaged in the plan: dementia is the major cause of end of life hospital bed usage, and alcohol and self-poisoning are also major causes of hospital admission. Violence prevention is another major area for public health and community safety action. All of these have elements of public and primary care mental health: we will not tackle violence, obesity, addictions, and lifestyle related ill health without improving self-esteem, positive behaviours, and relationships.

Unexplained medical conditions may also lend themselves better to primary care mental health intervention, than to a round of fruitless referrals to different hospital specialists. Public health imperatives were evident in the round of strategic models of care produced in 2010, and more recently in the Sandwell and West Birmingham Hospitals NHS Trust strategy for public health—a landmark document for a NHS trust, recognising its public health responsibilities.

No amount of dermatology or ENT in the community is going to deliver the bed reductions envisaged in the plans. Social care is the other major element of the programme, which will need supporting and enhancing. In order to survive on half the hospital beds, it will be necessary for the trust to deliver best in class levels of hospital stay; for the whole system, including housing, to deliver avoidance of hospital admission; and for public health, social care, and the community to deliver improved health and independence, which avoids the need for acute hospitals in the first place.

Much of the promise described in this blog is just that—a promise. The strength of the evidence base for transferring services into the community is contested. Are bed reductions already causing pressure elsewhere in the system? Or are the extra patients queuing up at United Hospitals Birmingham just an example of patients expanding to fill the beds available?

The chancellor may crow about his decision to allow MMH to go ahead, years later than might have been the case. A good few years earlier, Department of Health officials had described it as the best presented case for service reconfiguration they had seen. Whoever is in power after the next election, the building of new hospitals like MMH cannot succeed without major investment in integrated social care and preventive measures in public health. Simply adding to the establishment of doctors and nurses won’t do it. The RCP seems to understand this message with their description of the Future Hospital as “more than just a building.” The NHS, public health, and social care can only function at their best for patients and the population with this understanding and spirit of partnership and cooperation.

Dr John Middleton is vice president of the UK Faculty of Public Health. He was formerly director of public health for Sandwell, and a former member of the Right Care Right and Towards 2010 partnership board, 2005-2013. He is also a honorary reader in public health, Birmingham University.