A new era in openness and transparency—and arguments over data—has begun with the publication of the first tranche of data made available under the US’s Sunshine Act. The act makes all drug, device, or biological manufacturers declare money they give to doctors (if it’s above $10), including cash in kind, i.e. food or drinks, even if that money is routed to a charity.

It will take months to look through everything as the full data aren’t available yet (these first 4.4m payments only cover half of 2013). The Centers for Medicare and Medicaid Services aren’t happy with their completeness, and there are concerns from physicians that the data are misleading or incorrect. Read our first look at the data, Open Payments goes live with pharma to doctor fee data: first analysis, to find out about some of these problems and see some of the top line figures. 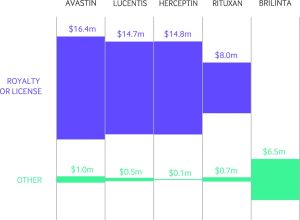 If you look at the data, it’s clear and somewhat unsurprising that the most recently licensed drugs have the most money spent on promoting them, but that’s not The BMJ way—as exemplified by research published yesterday, which compares new drugs with some that are over 60 years old.

The systematic review by Andrea Tricco and colleagues sets out to answer the question, are newer, longer lasting insulin analogues better than isophane insulin and zinc insulin, which have been commonly used since the 1950s for treating type 1 diabetes?

Tricco et al suggest that newer insulin analogues are probably superior to intermediate acting insulin analogues, although the difference is small for haemoglobin A1c. Patients and their physicians should tailor their choice of insulin according to preference, cost, and accessibility.

Duncan Jarvies is multimedia producer for The BMJ.