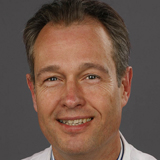 As reported in the News section today, a group of experts has called attention to the dramatic rise in the use of computed tomography (CT) scanning.

The Committee on Medical Aspects of Radiation in the Environment said that English hospitals carried out almost five million CT scans in 2012-13, a fivefold rise of the numbers in 1996-97. This year saw an additional rise of 13%.

Quite spectacular numbers, as they suggest that almost 1 in ten of all people will have undergone a CT scan in 2014. These figures are by no means unique to England. I looked up the numbers for the Netherlands, and they are similar.

The growing number of CT scans is of particular concern in children, as research published in The BMJ last year showed that CT scanning in childhood is associated with an increased cancer risk later on in life.

The committee sees two ways to improve things. One is a call for more transparency: mandatory reporting of CT scan use and radiation dose levels by every hospital. This seems a clever idea: it will not ban all overuse, of course, but one can identify outliers that way.

The other recommendation is obvious, but more difficult to carry out: ensuring that the referrals are appropriate. Looking at the increase, one cannot avoid the impression of overdiagnosis, while another report in The BMJ today finds that there is a serious underuse of CT scans in acute stroke care.

The most recent audit from the UK Sentinel Stroke National Audit Programme (SSNAP) found that only 43% of patients had a scan within one hour of arrival. Ideally, all patients should have a brain scan within one hour of arrival, to see whether their stroke is haemorrhagic or ischaemic, so that no stroke patient misses the opportunity for thrombolysis.

Looking at the budgetary restraints of healthcare systems, it seems to me that, if we want to be able to scan all stroke patients within one hour, we will have to cut some of the other CT scans. The US Choosing Wisely campaign has already put the CT scan of the lumbar spine in the top 10 list of medical tests to avoid. There are probably more to follow.

Wim Weber is European research editor at The BMJ.