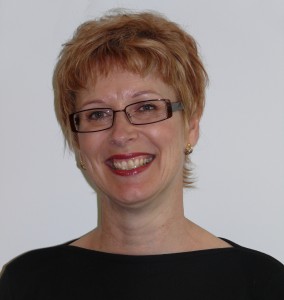 I have just come across a neat little web tool from the New York Times. You can type in any word, and see a line graph showing how frequently it’s been used in the New York Times by year right back to 1860. You can also compare several words simultaneously. It’s a fascinating insight into the degree of public debate surrounding news stories in the United States over the last 150 years.

Take, for example, “influenza.” The graph shows a huge rise in mentions during the Spanish influenza pandemic of 1918, and more peaks mark the outbreaks of 1957, 1968, and the H5N1 bird flu scare of 2005. Some medical words make a dramatic appearance—like “antibiotic” in the 1940s or “anorexia” in the 1970s—while others disappear entirely, such as “scrofula,” which last showed up in 1899, and “phthisis,” which faded away in 1917.

Out of curiosity, I typed in “learning” and “teaching” for comparison. Until about 1925, “learning” was relatively common, but “teaching” became more frequent in the 1930s, perhaps because between the wars there was a growing realisation that economic and social improvement depended on raising education levels among urban populations. “Teaching” became a hot topic as educators focussed on developing more effective ways of cramming knowledge into learners’ heads.

Yet gradually, towards the beginning of the 1980s, “learning” re-emerged as the predominant term, where it remains today. Did the more liberal climate of the 1960s and 1970s have an effect on authoritarian attitudes to education? Has “teacher knows best” given way to a more humane, individualist focus on helping students to take charge of their own learning?

If you read the medical education literature, you might well think so. Over decades, medical educators have been gradually re-emphasising the importance of encouraging learning as a way of fostering students’ curiosity, creativity, and teamwork. But before we congratulate ourselves too enthusiastically on returning to a more student centred focus in education, let’s enter one last word into the graph generator for comparison: “Training.”

“Training” first takes over from “learning” in about 1870. It peaks in use during wartime, of course, but for over 140 years it has beaten both “learning” and “teaching” hands down. Today, there are more references to “training” than to the other two terms combined.

I think this is important. Training,  teaching, and learning are differentiated by what they have to say about power and where it lies. In learning, the power rests with the learner; in teaching, the power is with the teacher; in training, the syllabus carries more weight than either teacher or learner. How do we want things to be in medical education?

Of course this “word count graph generating data tool” is just a toy, and the frequency of the words cited means precisely nothing in scientific terms: but the issues it highlights matter a great deal. Words such as teaching, learning, and training are vitally important. Words make real things happen.

In a society that is more concerned about training than about learning and teaching, the whole idea of education can become a battleground of power inequalities. In such circumstances, we must be focused and clear as a community about what sort of medical education our existing and future doctors need if they are to serve patients and populations fairly, effectively, and humanely.

Of course, if you don’t agree or are just plain bored with all this semantic silliness, you can just type in “rock ‘n’ roll” or “teapot” and see what you get.

Julie Browne is currently external relations manager at Wales Deanery. She was previously managing editor of two medical education journals, is co-author of a book on medical education, and she is an elected council member and trustee of the Academy of Medical Educators.