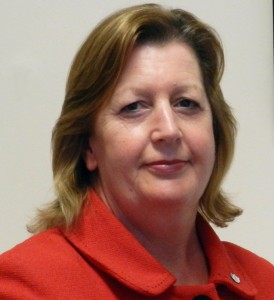 Extreme loneliness in older people in the UK is a topic that always ignites debate. Partly because the problem is only getting worse as the population ages and, I suspect, partly because for many of us it resonates deeply as a fear we hold about the process of getting older.

The impact of chronic loneliness on health is well documented, with research suggesting that isolation is worse for an older person than obesity or smoking 15 cigarettes a day. Loneliness also means that our older people are less likely to recover successfully from an illness, increasing the chance of an earlier death. The knock on effect of this is, of course, greater demand on our health service.

As a society we spend a lot of time discussing this urgent and growing problem, and the same questions of why older people become isolated, and whose responsibility it is to ensure this doesn’t happen, are asked. But what about the solutions to this problem? It’s time we moved the discussion on to what can actually be done.

Perhaps it’s time to think a little differently about what the solutions to the problem look like. For the last 50 years, Contact the Elderly has been working to alleviate loneliness and isolation among the country’s “oldest” old. We work with a vast network of volunteers to hold tea parties in local areas for older people to attend once a month. Volunteers offer transportation and even give up their homes in order to host the event; but the real magic happens as young and old chat over a cup of tea. Other third sector and volunteer initiatives, like the Casserole Club, have a similar positive impact. A simple formula, but one that works and is easy to replicate at scale. The key is the dependability of the event and the opportunity for human interaction.

Recent research that we carried out among the older people we work with revealed that 19% rarely saw another person outside of the tea party gatherings. Ninety six per cent of those surveyed said the tea parties give them something to look forward to, 80% said the tea parties made them feel happier, and 65% said the events had a positive impact on their wellbeing. The research also supports our view that it really is human contact that makes all the difference and brightens up a day; the TV or radio is no substitute.

It’s time that health professionals worked more closely with charities and social organisations to solve the epidemic of loneliness among older people. There are warning signs to look out for, with a quarter of older people citing bereavement of a partner as the trigger for loneliness. The “most lonely” older people in the UK are often off the radar. It may be that the only human contact they have is when seeking medical help.

This is where a referral process is mutually beneficial for both older people and health professionals. Referring lonely older people to charities like us will not only create the much needed support for that individual, but also complement the measures being taken to reduce NHS costs. Anecdotal evidence suggests that older people who are alone are seeking out longer appointments with GPs, just to have a conversation.

There are lots of ways to get involved as a practice or individual, such as hosting patient tea party groups— something that we have seen great success with in the past.

The solution to loneliness is staggeringly simple, but we must work together to focus on the solutions, instead of getting distracted by the problem.

Mary Rance is the CEO of Contact the Elderly, a charity that works on tackling acute loneliness and isolation among older people across England, Scotland, and Wales.