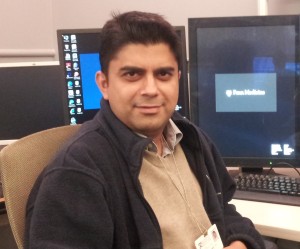 The Affordable Care Act (ACA), which recently survived a major scare in the Supreme Court over the constitutionality of the individual mandate, has just met another potential nemesis. Halbig vs. Burwell is the latest lawsuit afflicting the ACA.

The suit has been filed by Jacqueline Halbig, former health policy advisor to the Department of Health and Human Services (HHS) under George Bush, and a group of private citizens and small businesses, against Sylvia Burwell, the secretary of HHS. The plaintiffs assert that insurance subsidies only apply when that insurance has been purchased in exchanges established by the states, not in exchanges established by the federal government (of which there are 36).

Last week, the US Court of Appeals for the District of Columbia Circuit found for the plaintiffs. This case might end up in the Supreme Court.

A cornerstone of the ACA is the individual market: state based exchanges. For health insurance to survive in the market place, it is important to prevent adverse selection, i.e. when only the sickest purchase insurance. The ACA achieves this through a mandate to purchase insurance, and subsidies for low income citizens.

Without subsidies meted out by the Internal Revenue Service, it is unlikely that many healthy people will voluntarily buy insurance—choosing to pay the fine instead. This would lead to the collapse of the individual market.

The expectation was that while states should establish their own exchanges, some states would not, because of a lack of technical expertise or political expedience. In these cases, the federal government would step in.

The relevant statute says that subsidies are available to those “enrolled through an exchange established by the state” (emphasis mine). So what’s the problem?

This seems like a straightforward battle between (obsessive) Textualism (plain language interpretation of the law) and (plain common sense) Originalism (intent behind the legal language). Surely, the original intent should prevail. But the plot thickens . . .

The legal scholars behind the plaintiffs argue that the drafters purposefully omitted a plain language statement, which clearly linked subsidies to exchanges developed by the federal government.

Why so? To coax states into developing their own exchanges by wielding a stick (cooperative federalism). If the states did not take the initiative, and the federal government had to step in, their citizens might be deprived of subsidies, yet still have to pay taxes to support subsidies elsewhere. A sort of taxation without subsidization.

Balderdash, the government and its supporters argue. Why would the drafters deliberately leave a loose thread that could undo the entire bill? And what kind of stick is it that no one has ever threatened to use it?

The cheerleaders for the plaintiffs rejoin that the stick was not used because far fewer states developed exchanges on their own than anticipated. The government’s subsequent change of heart does not negate the original intent.

A recently discovered video of a talk given by one of ACA’s architects, economist Jonathan Gruber, in 2012 lends some credence to the plausibility of the contrived omission hypothesis. In the talk, Gruber says: “What’s important to remember politically about this is if you’re a state and you don’t set up an exchange, that means your citizens don’t get their tax credits, but your citizens still pay the taxes that support this bill.” This attests to Halbig’s point of original intent, but it is still far from proof.

This is an odd whodunit. One where there has been no murder and no murder weapon, and where the case is contested solely on intent. It would give even Hercule Poirot a headache, and would be more suitably handled by the mind readers from Minority Report.

Yet, oddly enough, this case tells us a lot about Obamacare. The problem is not that it is badly written, but that it has been written too well. So well, that it tempts many to fine-tooth comb its statutes, finding errors even when errors are not deliberately sought after.

The ACA is a piece of comprehensive, multidimensional healthcare reform, which levels the playing field between insurers, and which appears to leave few stones unturned. In a constitutional republic, with ideological heterogeneity and great deference to the written law in some quarters, this can be a problem. Particularly when neither side concedes an inch. Pejoratives (“nutty,” “screwy”, “stupid”) abound in high policy debates.

Paradoxically, it is the ACA’s granularity that makes it more fragile. Expect many more Halbigs.

Competing interests: I declare that I have read and understood the BMJ policy on declaration of interests and I would like to declare the following: I have received a speaker’s fee from Toshiba.