When I first arrived at the University of Bath, to study history and philosophy of science, our first lecture was about Sulis-Minerva: the combination of Minerva, Roman goddess of wisdom, and Sulis, the Celtic goddess who lived in the hot springs that gave the city its name. 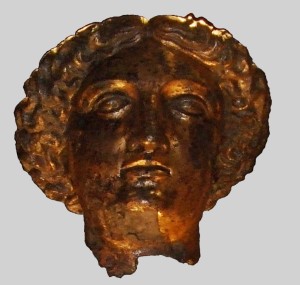 Sulis-Minerva became the goddess of health in Roman Britain, so it it seemed appropriate when working at The BMJ to ritually read her summary of the big journals each week. The latest edition is called “The progression of rheumatoid arthritis and other stories . . . ” but it’s the note about Chickenpox that makes this worth a read. The virus used to kill 100 US residents of all ages every year, but that number’s dropped after concerted vaccination programmes. And, the fear that this may push the virus into older populations, where shingles is much more severe, hasn’t manifested.

Obviously, looking forward from Roman Britain, our health would seem miraculous. Yet as we know more, it’s important to “challenge our basic assumptions,” says Simon Brown in an Editorial to accompany Patel et al’s Research paper “Randomised trials of human albumin for adults with sepsis.”

Patel et al carried out a systematic review and meta-analysis to assess the efficacy and safety of pooled human albumin solutions as part of fluid volume expansion and resuscitation (with or without improvement of baseline hypoalbuminaemia) in critically unwell adults with sepsis of any severity. They conclude that, although there was no harm detected, the analysis does not support a recommendation for use.

The paper reminds us of the counter intuitive findings of the FEAST trial, which found that fluid resuscitation in Kenyan, Ugandan, and Tanzanian children with shock actually increased mortality (listen to Katheryn Maitland explain the background in this podcast interview). Unlike the FEAST trial, Patel didn’t find an increase in mortality in this study, although as Brown observes in his Editorial, “it does give us a reason to question some basic assumptions about resuscitation in patients with sepsis.” Brown also goes on to say: “there is little justification for using human albumin rather than an isotonic crystalloid as a volume expander in patients with septic shock.”

If you’re challenging your basic assumptions about sepsis, you may want go back to the beginning and read “On the Antiseptic Principle in the Practice of Surgery” by Joseph Lister, published in The BMJ (then still The British Medical Journal) in 1867. Or, if you’ve been waiting for the movie, we’re happy to oblige.

Duncan Jarvies is multimedia producer for The BMJ.