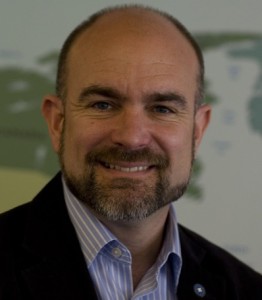 What do America, France, the UK, and most of the richest countries in the world all have that they should not have? The answer I’m looking for is not nuclear weapons, national debts, or billionaire bankers. It’s a large (and growing) number of people who are unable to access essential healthcare—many of them extremely vulnerable.

At the Royal Society of Medicine tonight I’m discussing the film Remote Area Medical, which is about the eponymous charity set up by Stan Brock to provide healthcare to some of the most in need countries in the world—such as America.

“We cut back on places like Guatemala, Honduras, Dominican Republic, Africa, simply because we’re overwhelmed with the need here,” says Stan. “Welcome to America.”

Estimates say there are currently around 44 million Americans living without healthcare. And it’s largely left to charities to fill the gaps, especially in times of crisis. After Hurricane Sandy, the second costliest in United States history, those without healthcare were left in dire straits. If it were not for our colleagues at Doctors of the World USA and other charities, thousands of people in the areas badly damaged by the storm would have gone without basic healthcare.

It’s an astounding state of affairs, and one that’s echoed to varying degrees across the Western world. Ninety per cent of patients who come to our Doctors of the World London clinic do not have a GP. Many of them have been refused access because they did not have the right documents and many others are too scared to try. There are many reasons why people are deterred—the false belief that they are not entitled to free healthcare, fear of arrest or that they will be reported to immigration authorities, or language barriers.

And this includes those who are extremely vulnerable. Three quarters of the pregnant women we see at the clinic have not had appropriate antenatal care. We regularly see women who are up to 40 weeks pregnant who’ve had no contact with healthcare services, putting them and their unborn child in unnecessary danger.

Across Europe the picture is the same, and it’s worsened since the economic crisis. Groups who are already vulnerable—undocumented migrants, asylum seekers, drug users, sex workers, the poor, and the destitute—are being hit especially hard by a reduction of, or even a total withdrawal of, security systems and networks that once provided them with vital assistance.

This means that not only are pregnant women not receiving healthcare, but their children are not being vaccinated against serious diseases after they are born. Only one in two of the children we saw across Europe had the essential vaccinations they needed.

In June, we launched our first mobile clinic in Montreal, Canada that provides healthcare to the city’s most destitute from out of the back of a van. The city’s mayor said he felt “ashamed” that the city itself could not provide the service.

This is a shame that should be felt by many more leaders globally; they have a duty to assure the internationally agreed right to an individual’s attainment of the highest standard of health. The combined gross domestic product (GDP) of the US and the UK alone is more than $18trn (£10.5trn). Yet international charities are still being used in these countries to plug healthcare gaps, using resources that would arguably be better spent in the poorest and most desperate parts of Africa, Asia, or the war ravaged Middle East.

We believe that we are all doctors of the world. A donation of time at our clinic, or of much needed money, would help us get vulnerable people the essential healthcare they need, and enable us to continue to press the authorities to play their full, unequivocal part in assuring the right to health. 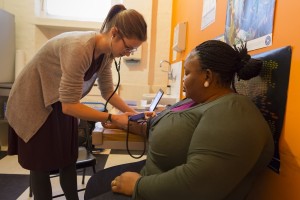 Credit: David Brunetti. Caption: Doctors of the World runs a clinic in Bethnal Green to help those excluded from NHS care.

Leigh Daynes is the executive director of Doctors of the World UK.