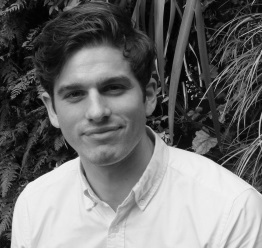 According to the Commonwealth Fund, in the UK we’re getting it (mostly) right—or, at least, we’re getting it more right than our international counterparts. In their comparative study of health system performance in 11 countries, the UK ranks first across a range of measures covering quality, access, and efficiency of care, while the United States comes in last place.

While it’s nice to be told that the NHS is performing well, there are limits to how much we can learn from comparative rankings.

Firstly, different rankings by different people can tell us different things. The UK moves up and down in various international scorecards depending on which indicators have been included, and how different dimensions of performance have been weighted. Secondly, the Commonwealth Fund’s study is primarily designed to highlight poor performance in the US system. As we’re good at a lot of things the US isn’t—like access to care—we come out particularly well.

It’s also worth noting the health variations that exist between the four countries in the UK, whose differing policy paths mean we can’t really talk about a UK health system.

This isn’t to say that comparative rankings, like the Commonwealth Fund’s, are misleading or can’t be useful. They give us a broad indication of how we are doing, and raise important questions about how and where we can do better.

What’s really striking is the variation that exists within health systems, rather than between them. In the US, the focus of the Commonwealth Fund’s study, we know that the scale of unwarranted variations in outcomes and costs of care is dramatic—both across and within geographical areas. The story in England is no different.

At one level, this variation can be seen in terms of the persistent and avoidable differences in health outcomes that exist across society. For example, we know that avoidable mortality rates vary significantly between geographical areas in England. People living in poorer parts of the country will typically die sooner than those living in the richest areas, and will spend more of their (shorter) lives living in poor health. Deprivation is a key factor in how healthy our lives will be, and in our use of health services. While inequalities in health outcomes are inevitable, their scale in England isn’t. Yet in many cases these gaps are widening.

We also know that large unwarranted variations exist in the use of health services in England, which can’t be explained by illness or the preferences of patients. These variations don’t just exist geographically, but also within healthcare organisations.

Lessons from high performing systems internationally show us that sustained efforts to reduce this unwarranted variation can improve quality of care, while also reducing the costs of providing it. Brent James and others at Intermountain Healthcare—a high performing system within the US, the lowest performer on the Commonwealth Fund’s scale—have done just that through a systematic approach to identifying, measuring, and reducing variation. As the King’s Fund argued in our recent paper, Reforming the NHS from within, this type of systematic approach to improvement from within must be a priority for the NHS, particularly as pressures on the system continue to rise.

Rankings can only tell us so much, and by necessity they look through the rear view mirror. The NHS today is rapidly heading towards a crisis, and struggling to hold on to the performance gains it’s made over recent years. The challenge is how to maintain our position against other health systems, while focusing on the unwarranted variations that exist within our own.