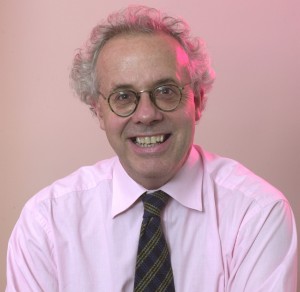 What should you give doctors when they graduate? An expensive stethoscope, a Ferrari, a lifetime subscription to The BMJ, a ticket to India, or a pet canary? The answer of “the medical community” in Scotland is a book of poems called Tools of the Trade. A copy will be given to every doctor graduating in Scotland this year, and I can’t think of anything more precious to give them.

The poems have been selected by Lesley Morrison, a GP; John Gillies, chair of the Royal College of General Practitioners in Scotland (and a friend of mine); Ali Newell, associate chaplain in the Edinburgh University Chaplaincy; and Lilias Fraser of the Scottish Poetry Library. The book is a tribute to Morrison’s partner in a practice in Hawick, Pat Manson, who died in 2012 and was noted for his compassion, teaching, and love of poetry.

There is an understandable bias in the collection to doctor poets and Scottish poets, but I didn’t find any dud poems, and several of them bewitched me as the best poems should. Some are in Gaelic, with translations, and some in Scots. The poems deal with birth, pain, sickness, suffering, death, and the privilege and challenge of being a doctor. Some are funny, as doctoring often is.

“In this short life That lasts an hour,” writes Emily Dickinson, “How much—how little—is Within our power.” That’s one for graduates to learn by heart. No poet has ever injected so much into so few words as Dickinson, but Adam Lindsay Gordon comes close:

Life is mostly froth and bubble
Two things stand like stone.
Kindness in another’s trouble,
Courage in your own.

Some of the poems deal with the business of doctoring. In “The Guest House” by Jelaluddin Rumi (translated by Coleman Barks), he writes:

The dark thought, the shame, the malice,
Meet them at the door laughing, and invite them in.

Be grateful for whatever comes,
Because each has been sent
As a guide from beyond.

That’s a poem for a last surgery on a Friday when you are exhausted. Recognise, because it’s true, that the patient has been sent “as a guide from beyond.” Remember too, as Iain Bamforth writes in his poem:

The ear says more
Than any tongue.

And, as Andrew Greig writes:

The hard art
Lies in knowing when to stop.

I was once president of the Edinburgh University Poetry Society, and it’s been one of the great privileges of my life that I met and talked with some of the poets featured in this collection: Hugh MacDiarmid, Sorley MacLean, Hamish Henderson, and Andrew Greig. Being a particularly obtuse medical student, I learnt more from them and their poems than I did from all of my medical education.

Whenever I teach now, I always ask those in the class if they have read a poem in the past month. Usually about a quarter has. I now read poetry every day, and life without poetry is unthinkable while life without television or newspapers is desirable. My wife asks me how the graduates will receive the book. Some, she thinks, will just put the book in a drawer and forget it. But I think that if just one in 20 is turned on to poetry, the whole exercise will be worthwhile. For me, you cannot be a good doctor without some appreciation of, and infusion, of poetry.

And I loved the very last poem, by W S Graham:

The spaces in the poem are yours
They are the place where you
Can enter as yourself alone
And think anything in.

Tools of the Trade can be purchased from the Scottish Poetry Library.