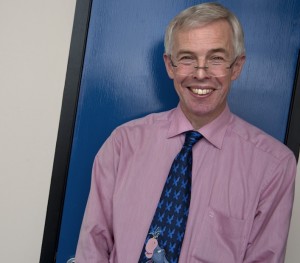 I have been asked to write about the recent NICE (National Institute for Health and Clinical Excellence) recommendations on weight management services. I didn’t want to, I am already crazy busy as a public health academic. And I am usually a strong NICE supporter, previously describing it as a global exemplar. And I must confess an interest, having spent many days in hot stuffy rooms advising NICE on diverse issues.

However, few will read the full weight management report and appendices. So instead, read this first: NICE’s proposed list of new guidelines on the most effective interventions to prevent the major burdens of obesity, cardiovascular disease, and common cancers. NICE genuinely tried in 2010. But the UK government put a red pen through the 19 best proposals, effectively preventing NICE from looking at these more powerful, “upstream” policy interventions.

1. Common sense
We all know that most people who diet usually then regain the lost weight (and then some). However, the NICE group bravely signed 18 recommendations, which support weight loss by individuals. And they endorsed the underpinning economic model: “Overall, the modelling showed that lifestyle weight management interventions that help people lose weight and then maintain the weight loss in the long term would be cost effective, if they can be identified.”

There is only one “if” in that statement. But it does also gloss over some major assumptions about patient selection, intervention effectiveness, and, crucially, sustainability.

Common sense guru, John Ashton, president of the Faculty of Public Health, commented on the NICE recommendations on 28 May. “Obesity is a major health issue. These are just the first steps. If tackling obesity were as simple as telling people they should eat less and move more, we would not have a problem now.” Quite. Even my granny would agree. And both John and my granny are backed up by the science.

2. Science
The systematic reviews underpinning the NICE guideline are far from perfect. But they do highlight how the best, long term, randomised controlled trials show that the initial (sometimes impressive) weight loss tends to bounce back over time. On average, clients still agreeing to follow up after three years were 2kg lighter. And figure 5, hidden in the NICE guidance supporting evidence review, shows an even less palatable truth: a remorseless upward weight trend over time.

This is what BBC2’s Jacques Peretti and many others have so elegantly demonstrated. The weight decreases are generally short term. And the weight loss industry is exactly that: an industry. Thus about half of all UK women are often on diets. Mostly still feeling bad about themselves, and mostly failing to keep that weight off long term.

3. Democracy?
We live in an obesogenic environment full of cheap, energy-dense junk food and sugary drinks, which are cynically marketed to adults and kids. This unregulated market is making the food and beverage industries rich, while making us fat and sick.

One might therefore expect the government’s secretary of state for health to demonstrate a duty of care to the people who elected him, by using effective levers to improve this obesogenic environment. Here, sadly, the word “health” appears inappropriate (or perhaps ironic?). Our last secretary of state for health, Andrew Lansley, had previously worked for Profero, which has marketed products for many food giants (all household names). Mr Lansley maintained this relationship with the industry after 2010. He arranged friendly meetings of the much trumpeted (but fundamentally flawed) responsibility deal. Yes, the same deal recently reneged on by some of those same food household names.

But even today, when Jeremy Hunt (Lansley’s ministerial successor) is challenged about his record on failing to effectively tackle the UK epidemics of obesity and diabetes, Mr Hunt likewise continues to highlight the responsibility deal. (Saved by the dinner bell?)

4. Public health?
In 2009/2010, my colleagues and I helped NICE produce public health guidelines on preventing cardiovascular disease, with multiple recommendations on policies to control tobacco and generate healthier food. The emerging evidence clearly showed that these population wide policies could be powerful, rapid, equitable, and cost saving. Policies such as taxes on tobacco, regulations to support food reformulation, bans on marketing to kids, and the elimination of toxic industrial trans fats, etc. But the current government shows apparent contempt for public health, and instead blames everything on individual responsibility, “It is your fault if you are fat,” whether aged 55 or 5. So fat people should go and see their GP.

And now GPs are told by NICE to spend taxpayers’ money on costly and ultimately ineffective weight loss programmes. Commercial programmes run by Weightwatchers and Rosemary Conley are highlighted. Purely by coincidence, commercial companies also helped fund some of the studies, and also provided meals for some of those conducting the weight management services systematic review commissioned by NICE. But that largesse did not affect the reviewer’s impeccable, objective, scientific judgement. Not by a single profiterole.

5. Bread and circuses?
In ancient Rome, Juvenal quipped that the revolting plebs were kept quiet by “bread and circuses.” Is Cameron’s Britain so very different? Our people are now seduced by junk food and sugary drinks, while we lethargically permit ministers to distract us with pseudoscience and overweight NICE reports.

6. Taxpayers: offended or merely obese?
Here is the rub. Cameron’s cabinet pursues austerity strategies and cuts to essential services. Simultaneously, we are invited to applaud the irresponsible waste of scarce NHS resources to choreograph yo-yo dieting. Oh, and also to agree to huge tax based agricultural subsidies for dairy and sugar producers. (One reason why junk food and sugary drinks are so cheap, yet fruit is relatively expensive). But at least we emulate the US government, happily subsidising high fructose corn syrup, which fuels their own trillion dollar obesity epidemic.

Friends, Romans, and countrymen, I come to bury ineffective services, not to praise them. Citizens, you have a choice: take your (garlic) bread and eat it in the Coliseum, or throw it at your elected representatives. Is it not time that our ministers stood up for our health, instead of promoting profits for the food industry?

Simon Capewell is a professor of public health and policy at the University of Liverpool.