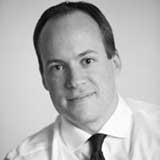 Football, the world’s most played sport, provides an excellent laboratory for understanding the nature of organisations and has some useful lessons for members of the healthcare economy. Here, 10 lessons are explored.

1. Culture is king
Culture is the product of values, beliefs, and behaviours. Football clubs are synonymous with their own cultures, which when expressed positively, bring a sense of shared pride, celebrate ethnonationality, and encourage positive personal expression. However, when expressed negatively, it can lead to hooliganism and extremism. [1] Healthcare leaders and organisations should understand and influence their own organisational culture, to ensure a culture of quality, safety, and learning, or fall victim to cultures which create harm.

2. Great managers deliver exceptional results
The departure of Alex Ferguson from Manchester United this season and the team’s parallel departure from the top league spot demonstrates how good leadership delivers exceptional results by getting more from players and creating an environment where success breeds. Healthcare organisations need to select, recognise, and reward the best leaders and managers to get the best out of their staff and deliver exponentially improved performance.

3. The best managers used to be players
It is critical to note that in a recent list of the world’s top 10 greatest managers determined by a polling process of over 20 regular columnists, contributors, and football editors, 90% of the managers chosen had a former playing career. [2] Drawing parallels to the healthcare arena, it could be seen that equal evidence exists for the success and performance of healthcare leaders and managers with a clinical background. The Centre for Innovation in Health Management report improved national quality standards, lower morbidity rates, increased patient satisfaction, and improved financial ratings for NHS trusts with increased clinical board representation.

4. The best players cost the most
There is no value in the football market. The best players are paid extortionate and disproportionate amounts. It is right and correct that teams are based on meritocracy—that is, player advancement is based on achievement. Healthcare organisations should attract staff with commensurate pay for their ability and reward them intellectually through challenging and meaningful job roles, whether clinical or non-clinical. As the former chief executive of GE, Jack Welch, states—you need to reward people “in the soul and the wallet.” [4]

5. Player development is critical and transformation takes time.
Football clubs develop their players holistically from a young age through physical training; personalised nutritional regimes; and mental, motivational, and psychological intervention. This takes time, and building a team comprised of many individuals that work together cohesively is no small task. Healthcare organisations need to define their vision, articulate their strategy, and commit to transformation over time, particularly given the complexity and pace of change in healthcare. [5]

7. League tables are easy to follow
As a football fan, there is no doubt as to which team is currently the best. The league and cup competitions decide the champions, and the team occupying the top league position contested throughout the year is immediately obvious in the paper or online. In healthcare, as a patient, it is very difficult to know which healthcare organisation is the best, or even where to go to find out. In part this is due to over bureaucracy of healthcare regulation. [6] Consider the accountabilities and requirements asked of NHS foundation trusts, Monitor, the Care Quality Commission, clinical commissioning groups, the NHS Litigation Authority, financial auditors, local authorities, individual professional regulatory bodies such as the General Medical Council, the Nursing and Midwifery Council, the Medicines and Healthcare products Regulatory Agency, the list goes on. In football, the Football Association acts as the central governing body in England, and everyone knows it.

8. Clubs seek first to deliver, then to get paid
Szymanski states of analysing the best football brands; “Better league performance leads to higher revenue.” [7] Healthcare organisations should focus first on improving quality through ambitious goal setting, rather than meeting a pre-defined and arbitrary cost improvement limit. We know from the work by Deming on quality improvement that improved quality reduces cost. [8]

9. Brand image is important
Football clubs are more than this—they are brands and global businesses. Healthcare organisations should understand their own brand and their responsibility as a player in the wider healthcare economy.

10. Strategy is important, but so are tactics
Strategy is essential, but when you watch the football on a Sunday afternoon, managers commit equal time on the sidelines to the tactical side of the game. Healthcare organisations need a clear strategy, but must not ignore strategic implementation through tactical and operational delivery.

Anticipating any criticism around the articulated lessons, I think it is worthy to note that healthcare and all its complexity clearly cannot always be compared to football. However, much like the simplest rule  in football is always to “watch the ball,” the associated mantra of the NHS at its basic level should always be “focus on the patient,” and the right result will never be far from grasp.

Competing interests: I have read and understood the BMJ Group policy on declaration of interests and declare the
following interests: None.

Ryan Irwin has a clinical background and has extensive experience in healthcare management, health system re-design, and service transformation. Past roles include working in general management in large acute trusts in Cambridge, London, and Birmingham, and across both private and third sector healthcare organisations, including as a director of a social enterprise.

1. Giulianotti, R. Supporters, Followers, Fans, and Flaneurs: A Taxonomy of Spectator Identities in Football. Journal of Sport and Social Issues 2002;26:25.

3. Centre for Innovation in Health Management, Leeds University Business School. Clinicians in Management: Does it make a difference?

6. NHS Confederation and The Independent Healthcare Advisory Services: What’s it all for? Removing unnecessary bureaucracy in regulation. 2009.