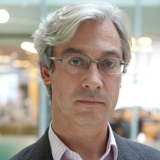 Don Berwick’s report on patient safety in the NHS, published last week, adds another viewpoint to the question of how we tackle poor quality in health services. It supplements the reports from Professor Sir Bruce Keogh on high mortality hospitals and from Robert Francis QC into the events at Mid-Staffordshire NHS Foundation Trust.

There are some common elements to all three reports—all focus on the need to make quality of care the priority, and all talk about the need to listen to patients more.

There is another common thread running through all three reports which comes out most clearly in Don Berwick’s conclusions—the extent to which NHS management bears responsibility for what has happened. Robert Francis blamed the “institutional culture” of the NHS for the events at Mid-Staffordshire. Bruce Keogh identified weak managers working in isolation as a critical point of failure. Don Berwick concluded “NHS staff are not to blame,” but “incorrect priorities do damage.” In other words, the problem is the way healthcare is managed.

An inability to use data and information is another feature of all three reports. Francis criticises those who ignored warning signs. Keogh says organisations often lacked the skills to make sense of complex statistics. Berwick points to a culture of fear and blame in which it was “better not to know.”

We now need to start identifying the desirable and undesirable features of a management culture in respect of the way it uses data. There is a vast amount that could be said on the subject, but as a starting point here are a few of the more glaringly obvious Do’s and Do nots.

Do not:
1. Create high-stake indicators where the fate of careers and organisations are decided on the basis of a performance metric. The result will be management of the metric, rather than management of what it is supposed to measure.
2. Assign spurious precision to imperfect indicators. Being one side of a performance threshold does not make you “safe,” just as being on the other side does not make you “unsafe.” The distance between one side of a threshold and the other is always insignificantly small.  Thresholds are a useful means of discrimination for some decisions, such as where to focus regulator attention—nothing more.
3. Entrust the interpretation of statistical measures of performance to people who understand neither the statistics nor the technicalities of delivering the service.
4. Wait until you have proof that there is a problem before responding to data. That point will never arrive. It is always be possible to construct a narrative that explains away the data.
5. Confuse the measurement of quality with quality itself. Measurement will at best be a useful guide to inform a judgement of quality.

The above are all aspects of management that can contribute to the creation of a culture of fear and blame. Berwick calls instead for a culture of trust and transparency. Some of the aspects of this culture might be:

1. Responsibility for quality residing at the lowest possible level within an organisation.
2. Those responsible for quality have—and insist on having—data that they trust which measures the quality of their work as well as the ability to interpret and explain such data to those to whom they are accountable.
3. The external auditing of such data to ensure its reliability.
4. The right of those responsible for quality to be held to account by managers, boards, and organisations that understand the data and understand the service.
5. The sharing of data, as appropriate, between peers, between organisations and with patients and the public in order to validate its interpretation and invite review.

“I declare that that I have read and understood the BMJ Group policy on declaration of interests and I hereby declare the following interests: I am research director at Dr Foster Intelligence, a health information company.”