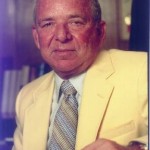 Numerous studies of healthy people show that a low cholesterol concentration that has persisted for a decade or more is associated with an increased risk of cancer, and that elevated cholesterol has the reverse effect. This has raised concerns that statins might result in an increase in malignancies, especially since all statins are cardinogenic in doses that produce blood concentrations in animals similar to those attained in treating patients.

It is well established that malignancies due to asbestos and tobacco may take decades to surface, and in some instances, long after exposure to these carcinogens has ceased.

If statins are carcinogenic, the two malignancies most likely to be detected first are cancers of the skin and breast. In that regard, the current “epidemic” of non-melanoma skin cancer has been linked to the widespread use of statins, and particularly simvastatin. This may be significant since simvastatin is the only statin that has been widely available without a prescription since 2004.

In the CARE (Cholesterol And Recurrent Events) trial, 12 of 286 women taking pravastatin developed breast cancer compared with only 1 of 290 in the placebo group.  Several in the pravastatin group had a recurrence of breast cancer, and the sole patient in the control group, who died, had a history of breast cancer. It is also of interest that since this 1996 study, cancer patients have routinely been excluded from cancer trials, although the justification for this is not discussed. A very recent study also reported that women who had been taking statins for 10 years had an alarming 83% increased risk of invasive ductal carcinoma and a 97% increased risk of invasive lobular carcinoma of the breast compared with controls.

With respect to other malignancies, pravastatin was associated with a 51% increase in prostate cancer in a 15 year follow-up of one large trial.  In patients who took low dose simvastatin for six years, those whose cholesterol was lower than 160 mg/dl (4.12 mmol/L), had three times the number of cancer deaths than controls with normal or high cholesterol.  A meta-analysis of 23 large statin trials similarly concluded that the magnitude of LDL lowering was correlated with an increased risk of cancer.

Conversely, it has been suggested that statins lower the risk of cancer. An analysis of Danish death certificates and medical reports between 1995 and 2007 concluded that deaths due to cancer were reduced by 15% in patients taking statins. As emphasized elsewhere, this may be because of the likelihood that the statin cohort had raised cholesterol concentrations for years that provided this protection. In addition, the lowest rates of cancer related deaths were seen in those patients who received the lowest doses of statins. That is not what one would expect if statins or low cholesterol had any preventive or other anti-cancer effects.

There are obviously more questions than answers, especially since it may be impossible to prove that statins have any long term effect on cancer in humans because of numerous confounding influences. Nevertheless, it would be prudent to keep the above observations in mind, especially in patients with a past or family history of cancer.

Paul J Rosch MD, FACP, is clinical professor of medicine and psychiatry at  New York Medical College, and chair of the board of  The American Institute of Stress.