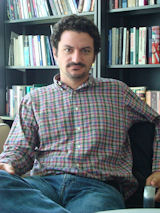 All eyes are on the tiny South American nation of Uruguay this week following its historic approval for the world’s first nationally controlled marijuana market.

While the plan still needs to pass the Senate, there may be cause for optimism that the country of 3.4 million can make it work. The Uruguayan government, after all, has earned some bragging rights on control over dangerous substances. In 2006, the state introduced groundbreaking anti-smoking legislation that earned the highest possible honor for tobacco control – a lawsuit from Phillip Morris.

The law banned smoking in public; prohibited advertising; swathed 80% of cigarette packs in graphic pictorial warnings; hiked cigarette taxes by up to 70% and prohibited words like “light” or “mild.” The results were unprecedented: by 2011, only 25% of Uruguayans smoked (down from 32 percent in 2006) and youth smoking rates were dropping by 8% each year, every year. Heart attacks plummeted 17%.

Then-president Tabaré Vázquez, who formulated the law, is an oncologist whose mother and sister both died of cancer—so he knew what he was doing.

So, too, does President José Mujica today. Uruguay curtailed its smoking habit because the 2006 law transferred tobacco from the free and largely unregulated market into tight-fisted government hands. The success of that regulatory effort suggests that the country is quite capable of controlling marijuana, a substance that has flourished on the global black market, also largely unregulated.

Controlling cannabis may in fact represent a lesser challenge than cigarettes

In Uruguay (as in the US), where marijuana is already legal for personal consumption, tobacco is the top cause of preventable death, responsible for an estimated 14 % of total adult mortality. Marijuana consumption, by contrast, definitively does not cause cancer, and fewer than 10% of marijuana users develop clinically-diagnosed dependence (compared to 32% of smokers and 15% of drinkers).

Unlike prescription drugs, smoking pot will never lead to overdose. And only a fraction of Uruguayans regularly consume cannabis compared, to those who smoke (850,000) and drink (400,000) heavily.

The law will be easy to parody – and I predict patchouli-themed headlines or other jokes about munchies, tie-dye and music festivals. But the law is about health and as a public health advocate, I can vouch that criminal prohibition is rarely the best way to protect people. Regulation of some kind usually is. The hard question is what should that regulation look like? And Uruguay’s proposal is, if anything, too prudent.

The argument for legalization in the US and elsewhere has often hinged on citizen security: bringing an illegal trade into the light demolishes the black market, reducing incentives for violence.

That argument is certainly valid—in my home country of Mexico, the previous administration’s all-out war on cartels claimed more than 60,000 lives from 2006 through 2012. Much evidence signals that such violence is not, as we say, “drug-related” but rather prohibition-related. From 2006 to 2011, the annual human death toll of prohibition enforcement increased each year from 2006 to 2011, peaking at more than 11,000 in 2011 (there are no official numbers for 2012). That makes prohibition one of the country’s gravest threats to public health (much more dangerous than the 600 or so yearly drug overdoses. Indeed, Drug War homicide –whether perpetrated by criminals or authorities—is so pervasive in Mexico that the increase in homicide rates in recent years has actually reduced life-expectancy.

In Uruguay, where violence (prohibition-related or otherwise) is minimal, public health is nonetheless a compelling reason to regulate marijuana.

When the government monopolizes a single market, it creates an unparalleled source of information about how much product is out there, where it’s coming from, and who is buying it. That data will help keep Uruguayan-grown pot out of the black market in Argentina or Paraguay and away from children. It will also help regulators launch targeted prevention campaigns, create effective, custom-tailored incentives for quitting, and provide health services where they’re most needed.

Regulation also enables the government to separate drug markets, which protects consumers of marijuana from exposure to and promotion of such harder drugs as crack and heroin.  Legislating marijuana will also allow for quality control, which reduces the health risks associated with consuming adulterated substances that have been manipulated by producers to enhance their addictive properties.

If the Uruguayan Senate upholds this week’s vote, I have little doubt that Uruguay has the ability to make this law work.

When then-President Vazquez announced his anti-tobacco plan, pundits predicted that a Latin American government wouldn’t have the institutional capacity to implement such broad reforms. Uruguay’s resounding success with tobacco proved the naysayers wrong. It showed that ambitious, innovative public policies can control drugs and improve public health, and it led to a wave of new anti-tobacco legislation in the region. Here’s to hoping that 3.4 m Uruguayans can once again lead Latin America toward intelligent, responsible, and realistic drug policies that prioritize health over punishment, and people over politics.

Alejandro Madrazo Lajous is a professor and head of the Right to Health Program of the CIDE law school in Mexico.