In her feature on bmj.com, Sophie Arie has tried to answer the question, “Is abortion worldwide becoming more restrictive?” The answer, as expected, depends on what you’re looking at, and where you’re looking.

The good news for women is that in recent decades laws have changed so that, if a woman’s life is at risk, abortion is now legal in all but five countries.  But as the recent death of a pregnant woman in Ireland attests, questions about how general prohibition affects clinical decisions still remain.

If the question was to refer to non-lifesaving abortion, the picture is less rosy. The US and Russia, which until this year both allowed abortion with no restriction as to reason, have seemingly gone head to head in attempts to legislate to restrict their former liberal policies.

In both countries religious campaigning has gained ground. Dmitri Medvedev’s government has close ties with Russia’s orthodox church and it’s parliament has voted to limit the period for abortion to just 12 weeks, or 22 in the case of rape. In the US, 92 new provisions came in in 2012 to restrict abortion.

Around the world, individual stories seem to be driving change, either as test cases, or as a spur for legislative change. During her research, we asked Sophie to compile some of these. We’ve added them to a map, which shows the general availability of abortion in that country. This data was taken from a UN round-up conducted in 2011, so does not include more recent changes. 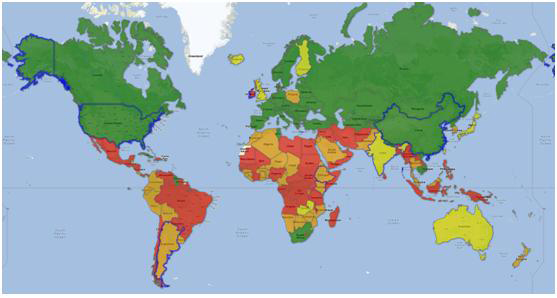