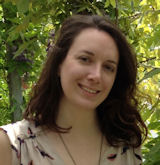 In 1512, Leonardo da Vinci set out to clarify the function of a specific, bulbous part of the heart. He injected molten wax into an ox heart to make a cast.

This was the second time in medical history that wax casting had been used: the first time was between 1504-1507, when Leonardo came up with the idea to inject the ventricles of the brain, a fragile organ which was easily damaged in dissection.

From the waxwork heart, Leonardo made a gypsum mould. Then he blew glass into the mould to make a transparent model of the heart. Through this, he pumped water with a suspension of grass seed. It showed vortices that led Leonardo to posit a function for this part of the heart – the aortic valve – not mentioned again until 1912. However, the function of the aortic valve – “that these eddies were vital in closing the valve when blood flow ceased after each beat of the heart” – was not confirmed until MRI scans in the 1980s. This was Leonardo’s “last and greatest anatomical campaign.”

So Martin Clayton, Curator of “Leonardo da Vinci: Anatomist,” explained to a group of guests at a “Blogger’s Breakfast” in the Queen’s Gallery, during an exclusive tour of this stunning exhibition.

The story of Leonardo’s examination of the aortic valve is only one of many examples of the imagination, skill, and medical thinking that placed him well ahead of his time. Descriptions are printed in English beside the original page of Leonardo’s notes illustrating and describing the experiment with his mirror-image handwriting. (It is thought that this was a habit developed from being left-handed, rather than any attempt at secrecy: if Leonardo had wanted to come up with a secret code, it seems it would have been unbreakable.)

The ox heart sketches are displayed in the large, vaulted room of the Queen’s Gallery. Pages from Leonardo’s notebooks are framed along walls painted a bold, blood red. Stands spaced throughout the room, holding further pages, are the same deep red. Anatomical projections rotate high on the wall against the red background. This gallery, the third guests will visit, explores Leonardo’s later anatomical studies, when he claims to have worked with 20 of the 30 corpses he dissected in his lifetime.

The first gallery is a bold, deep blue. It focuses on Leonardo’s early understanding of anatomy, based not on first-hand dissection of human material, but received knowledge of medieval treatises. Many drawings demonstrate dissections of animal material, and the foot of a bear (c.1485-8) is marked out as especially impressive. Other animals described include monkeys, dogs, and cows.

The second, middle gallery, painted pine green, gives special attention to Leonardo’s encounter with a man in the Hospital Santa Maria Nuova in Florence. Leonardo recorded: “This old man, a few hours before his death, told me that he was over a hundred years old, and that he felt nothing wrong with his body other than weakness.” Leonardo, wanting to know the cause of ‘so sweet a death,” performed a post-mortem dissection, which, according to Clayton, “marked the beginning of five years of intense anatomical investigation.” – And visitors move to the red gallery.

Each of the 87 pages on display in ‘Leonardo da Vinci: Anatomist’ comes from an album likely acquired by Charles II. Leonardo’s anatomical drawings have been in the Royal Collection from at least 1690. The drawings, never published, were pasted into albums by sculptor Pompeo Leoni around 1590. Though the import of Leonardo’s anatomical work was known to individuals through the ages – William Hunter recognised their import during the 18th century, describing Leonardo as “by far the best Anatomist and Physiologist of his time” – events converged so that the groundbreaking anatomical studies went unknown to the wider world for almost 400 years.

Now brought to light in the largest exhibition of Leonardo’s studies of human anatomy ever displayed, “Leonardo da Vinci: Anatomist” successfully celebrates a man of brilliance. Rather than lamenting the loss of his notes, which provide the first descriptions of medical phenomena including cirrhosis of the liver, arteriosclerosis, the first accurate depiction of the spine in history, and the above mentioned function of the aortic valve, the exhibition brings a vast amount of relevant anatomical, historical, and artistic knowledge to present day fingertips.

Whether or not visitors are able to visit Buckingham Palace to see the exhibit, the whole of Leonardo’s anatomical work is available in a £9.99 iPad app, Leonardo da Vinci: Anatomy, which allows users to navigate, dissect, and read (in English) all 268 of Leonardo’s anatomical drawings and notes. For those without such technology, there is also a beautifully printed exhibition catalogue.

The exhibit runs until 7 October 2012. More information is available at: http://www.royalcollection.org.uk/exhibitions/leonardo-da-vinci-anatomist.

Kelley Swain is freelance writer with an emphasis in the history of science. She is writer-in-residence at the Whipple Museum of the History of Science.