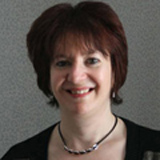 I’d like to tell you about my mother, Doris.* She is 87 years old and has been on haemodialysis for nearly 25 years (is this a record?). She has dialysis three times a week for four hours, has a heavily restricted diet and fluid intake, and cannot go on holiday. But she doesn’t complain about any of this, because she appreciates that it’s keeping her alive.

For Doris there is only one issue that causes chronic distress, and that is hospital transport. She regularly waits well over an hour after a session for the ambulance or taxi to collect her from the unit, and the pick-up from home service is little better. Complaints have fallen on deaf ears, she can’t afford to pay for a private taxi and the staff are too busy to help her. The dead time eats into the remainder of her day and Doris is pretty much left with only a four day week in which to enjoy the last years of her life. A weekly aqua-exercise class and an afternoon discussion group are amongst the casualties of this spirited octogenarian’s week. Isn’t it ironic that her activities are regularly curtailed not so much by the dialysis sessions per se, but by the inordinate delays in getting home?

The importance of patient transport is recognised as an integral part of dialysis treatment in the Department of Health’s Renal National Service Framework (2004) [1] which states in its introduction that “adequate transport is so important to people on haemodialysis that it plays a vital role in the formation of patient views and attitudes towards dialysis. Efficient transport facilities reduce interruption of patients’ social life and may therefore improve their quality of life.”

The UK Renal Association recommends that waiting times for pick-up and drop-off should not exceed 30 minutes. Happily, in 2010 some 66% of haemodialysis patients using hospital transport reported post treatment waiting times of less than 30 minutes; [2] conversely however, a significant minority of 10% reported waiting times of more than an hour. [3] When added to the wait for transport to the unit followed by the inevitable delays in getting on to a machine, it is easy to see how, for many dialysis patients, their four hours of treatment can almost double due to poor management of transport services.

It is clear that many trusts have placed a high priority on transport for haemodialysis patients and are providing an excellent service. There are others however for whom this service seems to be regarded as ancillary rather than integral. Clinicians, managers, and nursing staff should be aware of the immense frustration for patients and the negative impact on their quality of life when the trust’s patient transport services fails them.

*Name has been changed. Patient consent was obtained.

Caroline Boobis is a solicitor and freelance writer.