“The transition from abortion to miscarriage to describe early pregnancy loss in British medical journals: A prescribed or natural lexical change?”, published in Medical Humanities in March 2022, investigates the origins of the shift from use of the word ‘abortion’ to ‘miscarriage’ in medical British English. Using the statistical technique Change Point Analysis, this study ascertains that a 1985 letter published in The Lancet by a team of London-based obstetricians (Beard et al. 1985) was pivotal in prompting the move away from ‘abortion’ in the context of spontaneous pregnancy loss before 28 weeks’ gestation.

The cause of this shift in British medical language had been subject to debate for decades, with some contending that Beard et al.’s (1985) letter to The Lancet merely endorsed a linguistic change already well underway. Others had argued that the publication of Beard et al.’s (1985) letter was a decisive moment in obstetric language in Britain, and this study showed that this was indeed the case.

A purpose-built change point model was used to process language data for the three medical journals publishing obstetric and gynaecological research most frequently between 1975 and 1995; the British Medical Journal (BMJ), British Journal of Obstetrics and Gynaecology (BJOG), and The Lancet. The resulting data show 1985-6 to be the locus for a sudden, sustained, fall in the rate at which ‘abortion’ is used, in the context of spontaneous pregnancy loss, and an accompanying rise in the rate of ‘miscarriage’ use. This fall is most dramatic in the BJOG, where ‘miscarriage’ is seldom used after 1985. It is less pronounced, though still evident, in the other two journals, where use of ‘abortion’ in this context persists, at a much lower frequency, into the 1990s.

As Beard et al. (1985) note, use of ‘abortion’ in Recurrent Miscarriage clinics was causing extreme distress to patients; to the extent that they made a plea for use of ‘miscarriage’ on “humanitarian grounds”. These findings therefore highlight the impact which linguistic prescriptivism intended to have a positive impact on patient wellbeing can have, if it originates with authoritative figures and is disseminated effectively. 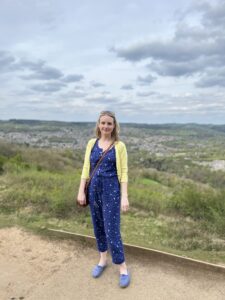