Diana “Dickie” Orpen (1911-1987) and Percy Hennell (1911-1987) were both surgical artists who represented Second World War patients’ wounds and their reconstructive processes within English plastic surgery wards. The major difference between these two actors is that Orpen made drawings and Hennell took photographs. This article looks at the work made by Orpen and Hennell to determine the differing emotional effects of these two groups of images, and at how photographs and drawings of reconstructive plastic surgery “collect affect” differently within the archive.

This article uses visual analysis, personal experience, and interviews with others who have worked closely with these materials to determine that the colour photographs by Hennell are the more emotive objects, and that the particular emotion that they encourage is empathy.
Several visual elements of Hennell’s photographs mark them out to be particularly affective objects. First of all, they are taken in colour. While a controversial idea, especially for historians, it is often assumed that an image in colour is more “relatable” than a monochrome one. Hennell’s photographs also contain much more detail, both intentional and unavoidable, than Orpen’s drawings. The personal specifics of the depicted patients (such as bright lipstick or patterned pyjama collars) contrast with the ostensibly sterile and objective purpose of Hennell’s photographs, jarring the viewer.

When the viewer of Hennell’s photographs becomes emotionally taken aback by the images, what emotion is it that is best embodied in these photo-objects? I argue that it is empathy, which is the idea that you can feel into or with someone else’s suffering while still acknowledging that a full submersion into that suffering is impossible.

Overall, this article uses varied methodologies to determine how and why Hennell’s photographs—when compared with Orpen’s drawings—collect greater affect within their archival collection to affect today’s viewers. An analysis of the characteristics of empathy shows that this is the directed and socially determined emotion that most clearly affects researchers and archivists. Sustained engagement with the archival experiences with different mediums like these could further reveal how emotions such as empathy exist within historic medical collections. 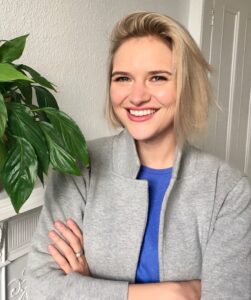 Christine Slobogin is an art historian of medicine who is currently a Postdoctoral Fellow in the History of Medicine and the Center for Medical Humanities & Social Medicine at Johns Hopkins University.