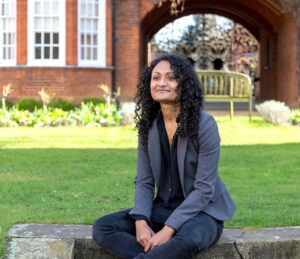 In the wake of prolonged grief disorder entering the Diagnostic and Statistical Manual of Disorders, debates over the pathologizing and medicalizing of ordinary experiences—that is, presenting what we might think of as typical experiences such as grief as disorders requiring specialised treatment—have reignited. Psychiatry of course has a long history of featuring in these debates, most obviously in the case of homosexuality, which was classified as a mental disorder until the 1970s. However, there has been considerably less attention devoted to the role of psychiatry’s close cousin, psychotherapy.

In my forthcoming paper, I look at one of the most prevalent schools of contemporary therapy—Cognitive Behavioural Therapy (CBT)—and show that its understanding of mental illness also contributes to the pathologization and medicalization of experiences such as grief, heartbreak and misfortune. CBT argues that mental illnesses are related to certain patterns of thoughts, referred to as negative automatic thoughts or cognitive distortions. These distorted thoughts are hypothesised to give rise to the negative emotions and behaviour symptomatic of mental illnesses such as depression.

Unfortunately, typical experiences such as grief, heartbreak and misfortune also involve the same patterns of distorted thoughts that CBT draws attention to. It is not unusual, for instance, to find oneself thinking overly dramatic thoughts, such as “I will never love anyone like that again” in the wake of a break up. Almost certainly such a thought will be false (or invalid, as CBT texts tend to put it) and involve negative emotions, but it is surely not disordered? We find it perfectly normal that people think such things when they are upset at the breakdown of a relationship, in the light of a bereavement, or following an undesired event such as a job loss.

CBT’s blurring of the line between mental disorder and typical yet distressing experiences shows that we must examine psychotherapy as well as psychiatry in examining pathologization and medicalization.

Listen to the author discuss the article below: