This study used narrative analysis (the study of stories and storytelling) to explore how the mainstream media reacted to the shift from face-to-face to remote medical consultations during the Covid-19 pandemic in the UK. We used a conceptual framework developed some years ago by the literary theorist Kenneth Burke, which considers the balance between different components of a story (the act, the scene, the agent, the agency and the purpose). Burke’s pentad, as it is known, allowed us to highlight the extent to which media stories were coherent and—in a literary sense—balanced. We found that in the early stages of the pandemic, media depicted the shift to remote care as a necessary and successful response to a deadly threat. But when media covered the later announcement by a leading politician that consultations should continue to be remote by default even after the first wave of the pandemic had subsided, the narrative was revealed as unbalanced and even comical, since the act (imposing a remote model when it was no longer strictly needed) sat oddly with the scene (a receding pandemic) and the purpose (a poorly-justified aim of ‘modernising’ the NHS). Using Burke’s pentad, we discuss how the media narrative of remote care shifted from heroic adventure to political farce. 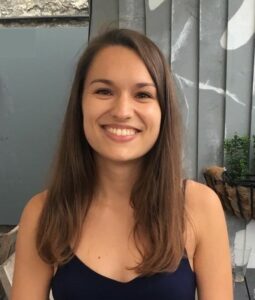 Gilly Mroz is a postdoctoral researcher at the University of Oxford. She is currently based at the Oxford Martin School where she explores media representations of the livestock industry for the LEAP (Livestock, Environment and People) project. Prior to this she conducted research for the Department of Primary Care Health Sciences where she examined how the transition to remote GP consultations during the Covid-19 pandemic was portrayed in the media. She holds a DPhil in Spanish and Russian literature from Oxford, and enjoys drawing on this experience to answer science/social science questions in an interdisciplinary way.