In today’s post, we preview the work of David K. C. Cooper, “Heart Surgery and Transplantation – Innovations Impacting on Concepts of Life and Death.”

For centuries, the heart has been looked upon differently from other vital organs, even if those organs are equally important in sustaining life. Today, very many heart operations are performed worldwide each year, probably in excess of one million. This article uses the development of heart surgery to illustrate how it has influenced our concepts of life and death.

During initial heart operations in the 1940s, the heart would not infrequently stop beating effectively. In some patients, massaging the heart and/or giving an electric shock to it (defibrillation), to enable coordinated contractions to resume, was unsuccessful and the patient died on the operating table. But in others resuscitation was successful – the heart beat could be resumed and the patient survived.

Thus, the patient survived despite undergoing a period – sometimes extending for several minutes or occasionally longer – when there had been no spontaneous heart beat, when, according to historical concepts, the patient had been ‘dead’. Both the medical profession and the public began to understand, and accept, that cessation of function of the heart for a period of time no longer equated with ‘death’, a revolutionary concept at the time.

In contrast to these early operations, where cessation of the heart beat was an unintended and unwelcome complication of the procedure, the development in the 1950s of a machine that would provide blood and oxygen to the body, particularly to the brain, allowed the surgeons to stop the heart, open it, and correct malformations within it. ‘Open heart surgery’ was one more step in the recognition that an absence of a heart beat – even for several hours – was not a diagnosis of death. The patient remained alive, and would walk out of hospital within a few days or weeks. What was clearly more important than a heart beat was maintaining an adequate supply of oxygen to the brain. In babies, cooling of the entire body, including the brain, allowed the heart to be stopped for a period of one hour, during which the patient had no heartbeat, no circulation, no blood, and yet remained alive. This was surely one of the most remarkable achievements of modern surgery, and added to the complexity of distinguishing between life and death.

The development of open-heart surgery in the 1950s was one of the major advances in medicine in the 20th century. Organ transplantation followed as another great medical advance. The first successful heart transplant (in 1967) epitomized both of these great surgical achievements, at least in the public eye, and therefore represents a defining moment in surgery in the 20th century. Importantly, during the operation of heart transplantation, there was not only no heart beat, but for a period of time there was no heart. This was a further major step in our changing views on life and death.

As early as 1963, a surgeon in Belgium began removing kidneys from subjects (donors) who had been diagnosed as brain-dead, but whose hearts were still beating, and transplanting those kidneys into patients with renal failure. The concept of brain death was therefore introduced, indicating that a person could be legally dead even when the heart continued to beat strongly. This was in direct contrast to the observation made from open heart surgery and heart transplantation that a patient could be alive even though there was no heart beat or even a period of time when there was no heart.

When a failing heart was replaced by a total mechanical heart, the absence of the heart was permanent, and yet the patient remained alive, once again adding dramatically to our changing concept of the definition of death. The cessation of function of the heart – or even the absence of a heart – is no longer central to our concept of death. The emphasis has moved conclusively to the irreversible cessation of function of the brain.

Heart surgery and transplantation have therefore contributed to a revolution in our concepts of life and death. Cessation of function of the heart, or even the absence of the heart, no longer equates with ‘death’. In contrast, death, in the form of brain death, can be determined legally in the presence of a fully-functioning heart. 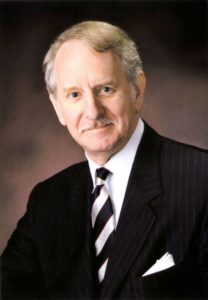 Professor of Surgery and Co-Director, Xenotransplantation Program, University of Alabama at Birmingham

David Cooper studied medicine in the UK at Guy’s Hospital Medical School (now part of King’s College London), and trained in general and cardiothoracic surgery in Cambridge and London. Between 1972 and 1980, he was a Fellow and Director of Studies in Medical Sciences at Magdalene College, Cambridge. In 1980 he took up an appointment in cardiac surgery at the University of Cape Town where, under Professor Christiaan Barnard, he had responsibility for patients undergoing heart transplantation. In 1987, he relocated to the Oklahoma Transplantation Institute in the USA where he continued to work in both the clinical and research fields. After 17 years as a surgeon-scientist, he decided to concentrate on research, initially at the Massachusetts General Hospital/Harvard Medical School in Boston, subsequently at the University of Pittsburgh, and now at the University of Alabama at Birmingham (since 2016).  His major interest is in developing cross-species transplantation with the aim of using pigs as sources of organs, cells, and corneas for transplantation in humans. Professor Cooper has published almost 1,000 medical and scientific papers and chapters, has authored or edited 18 books, has given more than 350 invited presentations worldwide, and has received several awards for his work.