In the just released September Issue, we are happy to present “You shall bury him: burial, suicide and the development of Catholic law and theology” by Ranana Leigh Dine (@MacLeanEthics). You can hear a short audio of Ranana describing her work here:

People often assume that religious traditions simply offer a blanket condemnation of suicide. Looking at the history of Catholic law regarding suicide and religious funerals reveals a more complex story. The Church has moved from seeing suicide as something totally sinful and damning toward a more compassionate response, in large part due to changing cultural and medical understandings of suicide in modernity. Once modern psychology began to view suicide as the outcome of disease, the Church no longer saw these deaths as simply something to be punished, but rather as something to be handled with pastoral care and empathy. This eventually led to a drop in the ban for church funerals for suicides in the 20th century. This shift leads to interesting new questions about how the Church might respond to requests for religious funerals by those Catholics who choose to end their lives through physician-assisted dying. 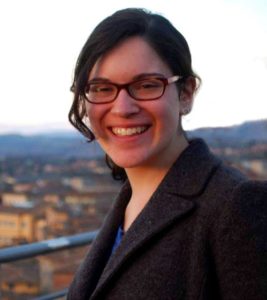 She is a doctoral student in religious ethics at the University of Chicago Divinity School. She is a research assistant in medical ethics at the University of Chicago’s MacLean Center for Clinical Medical Ethics and the managing editor of Images: A Journal of Jewish Art and Culture. Prior to moving to Chicago she spent two years at the University of Cambridge where she studied for MPhils in theology and medical humanities. Her scholarship, teaching, and writing focuses on topics ranging from Jewish and Christian medical ethics, the relationship of Judaism and the visual arts, and comparative Jewish-Christian thought. Her writing has been published in both popular and academic outlets, including the Lehrhaus, the Hadar Institute, Mosaic, the British Medical Journal: Medical Humanities, and the Journal of the American Academy of Religion. A native of the Washington DC area, Ranana graduated from Jewish day school before attending Williams College, a small liberal arts college in Western Massachusetts