Stroke back in 50’s England was not the well-characterized disease we know so much about today with effective interventions such as thrombolysis that can save lives. In a fascinating account of what the director Charles Sturridge describes as ‘secret history’, the ITV drama tells the story of Winston Churchill’s stroke in the summer of 1953. Churchill’s wife, Lady Clementine, and the Conservative Party conspired to hide the news of his stroke by keeping him out of the public eye for three months to recover. That well-kept secret became public knowledge when his private doctor Lord Moran published his autobiography ‘The struggle for survival’ years later (1). The book was faced by a storm of criticism as a breach of confidentiality and an exploitation of doctor- patient relationship by Lord Moran.

Charles Sturridge who comes from a long line-up of doctors in his own family says: ‘I was not trying to tell a medical story, as much as trying to show a drama where the specific nature of Churchill’s personality, his strong sense of unfinished business to achieve nuclear disarmament, and powerful incentives in his political life, all motivated him to work hard to recover. Sir Laurence Olivier fought a similar battle against cancer where his fighting nature and determination were his ammunition’. 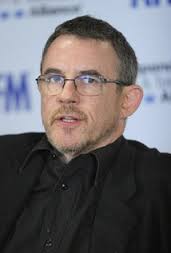 In a career-best role as Winston Churchill, Sir Michael Gambon embodies the anguish and frustration of a stroke victim; his slurred speech, his faltering balance and confused mind force him to reconsider his priorities. His long-suffering wife (sensitively played by Lindsay Duncan) wants him to give up his political duties and dedicate more time to his family. She calls their 3 daughters and son to his bedside at their country-house in Chartwell to support him recovering from stroke. Family tensions and long-hidden secrets resurface, while Churchill is lying semi-conscious in his room oblivious to his divided family’s fights and arguments.

Hope comes in the shape of a very competent nurse Millie Appleyard (an impeccable casting of Romola Garai) who assumes professional control, and pushes Churchill physically and emotionally to work hard to recover. She helps him find his own strength in spite of their different political views. What starts off as a practical patient- nurse encounter ultimately turns into a relationship of respect and understanding of each other’s role.

Stroke in those days was viewed as a frightening disease that results in significant disability if not death. However we see nurse Appleyard in 1953 practising the principles of stroke rehabilitation talked about in 2016 (2): repetitive task training in walking and speech therapy, supporting self-management in Churchill himself taking control of his recovery, and being aware of the value of passive exercises (massage) to improve the blood flow and circulation to paralysed muscles. It is evident that the director and the film makers consulted widely with experts in stroke medicine to depict as accurate a portrayal of the experience of a stroke survivor as possible. However the viewer should be mindful that the film is a fictionalised account of Churchill’s stroke, and not a documentary film. In reality it was a team of 4 nurses who helped Churchill through his illness, and not a single nurse as seen in the film.

Rehabilitation after stroke- NICE Guidelines (June 2013) stressed the importance of supporting ‘return to work’ as a key recommendation; multidisciplinary stroke teams in hospital and the community should make ‘return to work’ a priority in stroke survivors of working age (2). The role of employers in providing reasonable adjustments to enable stroke survivors to integrate back into their professional lives is crucial. One of the major factors in Churchill’s recovery was his strong commitment to return to his role as Prime Minister fighting for ‘world peace’. In spite of the hidden agenda of his political allies in keeping his stroke hidden from public and press scrutiny, it was still a factor in giving him private time to recover and to return to public duties as a political leader. It was not surprising in those days to cover up any impairment or disability in political leaders such as hiding the fact that President Roosevelt suffered from polio.

One of Churchill’s famous mottoes was ‘KBO- keep buggering on’, and in those three little words one can sense a clear message that stroke survivors have a responsibility in their own recovery; motivation, determination, and self-management are key.

Acknowledging the role of arts and humanities, the film shows Churchill and nurse Appleyard spending a long time reading poetry and Churchill painting, both activities supporting Churchill’s emotional and psychological recovery and ‘hope’ for a positive outcome. Currently a charitable organization ‘Interact Stroke Support’ provides a valuable free reading service for stroke patients in hospitals (3), and such initiatives should be supported and widely disseminated.

Churchill’s secret is a great film, but also a ‘history lesson’ from which stroke survivors, their carers and stroke specialists can learn a lot from.