Over a period of 10 days, London will host the ‘Human Rights Watch Film Festival’ showing 20 feature and documentary films. The opening night will screen ‘Hooligan sparrow’, a documentary in Southern China following a group of activists campaigning to unravel the truth behind the rape of a group of young school girls. ‘Mustang’ the closing night film from Turkey tells a story of five sisters fighting their family and community to have control over their education and choice of future husbands. Women as fighters for political reform in the Arab world feature in the documentary ‘The trials of Spring shorts’. 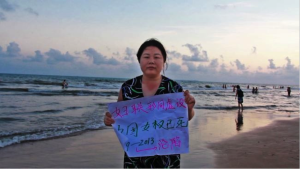 The history of gay rights in different parts of the world are seen in: ‘Larry Kramer in love and anger’ which chronicles his fights as a novelist and activist to push the AIDS agenda into public health policy in the USA, and ‘Inside the Chinese closet’ which portrays real stories of fake marriages between gay men and lesbian women trying to conform to their community’s social and religious rules that do not tolerate homosexuality.

The plight of international refugees is seen in ‘Mediterranea’, ‘Desperate journey’, ‘If the dead could speak’, ‘At home in the world’ and ‘The crossing’; telling heart-breaking real and fictionalised accounts of violations of humanity towards asylum seekers from Burkina Faso, Syria, Somalia, Eretria and Iraq.

If you are interested in films focusing on Palestinian/ Israeli issues, you might want to watch; ‘P. S. Jerusalem’ about a family trying to start their life in Jerusalem, or ‘The idol’ a fictionalised account of the story of Mohammad Assaf, Palestinian winner of ‘Arab Idol’ TV music competition.

British conflicts between the residents of Tottenham, London and the Metropolitan Police that followed the killing of Mark Duggan in 2011 are analysed in ‘The hard stop’.

The rise of fundamentalism is uncovered in ‘Among the believers’ a documentary filmed in a school in the Red Mosque in Pakistan.

Most of the films screening will be followed by Q and A discussion with the film-makers.