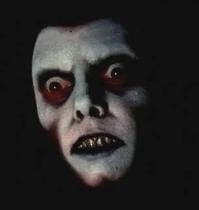 When John Sentamu stood up in the House of Lords a couple of weeks ago and spoke about the need for the NHS to concern itself with “spiritual” needs – and illustrated his claim with an anecdote about something resembling an exorcism – the response from a lot of the blogosphere was, at its friendliest, one of pointing and laughing.  It’s very easy to see why.  Not only is it slightly embarrassing that in the UK you can be made a Member of Parliament for being good at believing in the right kind of god in the right kind of way, but the NHS – and healthcare generally – is successful when and because its clinical procedures are based on science and reason, not spooky ghosty stuff.  (In fact, I struggle to see what Sentamu actually meant.  He was empatic that the spiritual is not the same as the psychological, but this just prompts a question: what, then, is it – if anything?  If you remove the psychological from the spiritual, does anything remain?  And if it does, how do we know?)

Anyway: I was prepared to go along with the pointing and laughing.  But then, on Saturday, I saw a DVD of The Exorcist for a couple of quid and impulse bought it; and, that evening, I turned off the lights and watched it.*  You’ll have to bear with me on this, but it made me wonder if there might be something interesting about the idea of “spiritual” care on the NHS.  Not that I believe for a moment that there’s such a thing as demonic possession, or such a thing as a soul or spirit.  Of course there isn’t.  But it doesn’t follow from that that such terms have no place in respect of some forms of care.

What got me thinking was a scene in the film in which Chris MacNeil – the mother – is in a meeting with the medical staff trying to work out what’s wrong with Regan, and one of them suggests an exorcism.  (I can’t find the clip on YouTube – it’s not one of the film’s shock moments – but it’s a touch over an hour in.)  The reasoning is not that the medical staff believe that Regan really is possessed; rather, that if whatever’s really wrong with her is manifested as if it were possession, then an exorcism might solve the problem.  (“The victim’s belief in possession is what helped cause it, so in that same way, the belief in the power of exorcism can make it disappear,” the doctor explains.)

Or, to put it another way, they’re suggesting what amounts to a sham procedure.  They don’t think that there’s anything substantial in it, but believe that it might nonetheless be successful for reasons other than those the patient might accept.

Should, then, the NHS consider sham treatments?  And if it should, and notwithstanding that Sentamu would probably disavow the suggestion, might we be able to embrace exorcism as a gennaion pseudos – a noble sham?

It’s not crazy to suppose that sham treatments might have something to be said for them from time to time.  For example, it has been suggested by some that illnesses such as Morgellons and Chronic Fatigue Syndrome are psychosomatic**, and that as such a psychological or psychiatric approach might be merited.  For example, there’s evidence to suppose that delusional parasitosis can be treated with antipsychotics; so if Morgellons is a kind of delusional parasitosis (as it might be), then antipsychotics might be a way to treat it.  Of course, people reporting such illnesses frequently do not want to be told that it’s psychosomatic – since that might be taken to imply malingering or being nuts – and so are resistant to a psychological/ psychiatric approach being taken.  So we might imagine antipsychotics being presented as “a new treatment for” whatever it is, rather than as antipsychotics.  The doctor would know what’s being prescribed; the patient would not only not know, but would be encouraged to believe something false.  The principle might extend elsewehere, too.  We know that the placebo effect is spookily powerful, and so that, too, might generate a reason to give sham treatments; again, the patient would believe they were getting more than they are.

On the other hand, there’re problems with adopting sham treatments.  For one thing, they obviously involve some degree of deception.  That fact alone might not tell us a great deal of moral import – unless, perhaps, you’re a strict Kantian – but it might well give us pause.  Deliberately deceiving might be permissible in some cases, but in others it might not.  (It’s consequentialists who’re intuitively most likely to consider the permissibility of deception, but virtue theorists might embrace it, too – Odysseus is a deceiver and a hero; and I can imagine that there could be versions of deontology that might permit some deceitful action.)  Indeed, so powerful is the intuition that deceit is morally problematic that we’d perhaps adopt that as our default position, and place the onus on those who think that it is permissible in this case to make the case.

Shams might be counterproductive, too.  Imagine that someone does believe herself to be possessed, or tormented by evil spirits.  Assuming that possession does not actually happen – that it is a psychological phenomenon – the source of the distress that this causes is not from possession, but from the belief in possession.  Performing an exorcism might help remove the belief that the patient actually is currently possessed, and so remove the distress.  But, just because it buys into the possession narrative, it might also reenforce the idea that possession does happen, and that it can happen again; and that itself might be a cause of further distress.  If (as the doctor in the film explains) the belief that makes a psychological problem appear can make it go away again, it might also be possible that the belief that makes the problem go away could also perpetuate it.

(There’s perhaps an analogous worry here to that expressed in relation to providing amputations to people with body dysmophic disorders; in agreeing to amputate (say) a leg, one might get rid of this particular source of distress, and that might be the end of it.  But it might also turn out that the distress remains, and simply gets manifested in another part of the body.  By agreeing to the amputation, there’s a risk of legitimisig the dysphoria.  And once you’ve removed one limb, and legitimised the dysphoria, there’s a risk that you’ll be committed to removing other parts of the body if the location of the distress moves.)

There’re other possibly undesirable outcomes, too.  A GP who whiffles off a prescription for antibiotics to a patient who has a cold is, in effect, giving a sham treatment.  For all kinds of reasons, this might appear reasonable: the patient feels as though they’ve been taken seriously, for one thing.  But we also know that it’s the overprescription of antibiotics that’s significantly to blame for our problems with antibiotic resistance.  Some shams might come back to bite us in unexpected ways; and if some shams do that, and if exorcism is a sham, then it might, too.

And yet… these worries seem somewhat contingent.  They won’t tell us that shams should be avoided as a matter of principle; only as a matter of practice.  I find it hard to accept that the NHS should provide exorcism; I can’t think of what might qualify as a good reason.  But that tells us about what I can think of, not about the world outside my head; and I don’t want to deny a priori that there could be a good enough reason.  And if there were, might there be a reason to provide exorcism on the NHS?

*I’d only seen it once before, when it got its cinematic re-release in the late ’90s.  I can’t help thinking that, had I been directing, I’d’ve done things differently.  Had the supernaturalism been toned down so it was more ambiguous, it would have been waaaaaaay more disturbing – and so a better film.

**Before you start sending angry emails, a psychosomatic illness is not a pretend illness, or malingering.  It’s a real illness.  It’s just not necessarily what some people think it is.