What makes the difference in whether actions in the face of a pandemic such COVID-19 are perceived as ethical or unethical? And why does this matter to the trajectory of a pandemic? Traditionally in public health ethics, five factors have played a prominent role in ethically responding to an epidemic.

Infectiousness and pathogenicity are important in determining appropriate actions. One ethical principle in public health ethics is to impose the effective action that is the least restrictive. If an organism is not very infectious, then there is little need for quarantine. If it is highly infectious but not pathogenic, such as the common cold, the public health measures can be limited to education about hygiene.

COVID-19 is much less infectious than measles, but it is thought to be more infectious than seasonal influenza. Current estimates of the pathogenicity are an average case fatality range from 0.25% to 3.0%. In contrast, the case fatality of polio is approximately 20% and Ebola is about 50%. But COVID-19’s infectivity, the lack of immunity in any population, and the absence of a vaccine or cure, means that a relatively small proportion of a very large number of people infected will result in a large number of deaths. COVID-19’s biology, then, argues for decisive, population-wide action that may impinge on some civil liberties, such as the right to congregate.

The state of the epidemic

The first cases in new countries are imported from outside. In some instances, as in present-day New Zealand, there is no evidence of person-to-person transmission (also called community transmission) within the country. But once a significant amount of community transmission has occurred, the value of closing the borders to people from other countries declines. New Zealand’s quarantine of those newly arriving is a prudent and ethical step for a country on the front end of the pandemic. In contrast, the United States banned the entry of people arriving from several European countries after significant community transmission in the US had been established. Because this step is restrictive but potentially ineffective, there is reason to perceive it as unethical.

What is known when

In the mid 2000s, we knew enough to anticipate that Avian influenza could evolve into a pandemic among humans. The predictions saturated the news media; and public health agencies, such as the World Health Organization and the US Homeland Security Council developed pandemic influenza preparedness plans.

A prominent topic in the plans was the need for ventilators and personal protective equipment (PPE). Modeling projections pointed to severely inadequate numbers of ventilators for a 1918-like pandemic. The number of PPEs were similarly inadequate. But when the epidemic did not materialize, the urgency over insufficient supplies subsided and the numbers were not significantly increased. We have long anticipated epidemics of emerging infectious diseases, and we knew of the eventual need for ventilators and PPEs but did not adequately increase our stockpiles. Our current lack of these items to care for COVID-19 patients can be viewed as unethical.

Because one person transmits infection to others, the right of a person to do what he or she wants needs to be kept in check. Public health ethics is often trying to weigh the competing values of individual rights and the good of the community. Each society places the fulcrum of this balance at a slightly different point. Democratic societies tend to place it closer to individual rights, while autocratic societies place it closer to the community good.

The measures that China took to quarantine entire cities were viewed by some American experts as draconian, or excessively restrictive. The views of the Chinese public toward their country’s measures have not yet been reported, and are perhaps actively suppressed. However, in other instances, measures in China that are considered by Americans to be invasive, have been largely accepted and affirmed by the Chinese population. This may stem from their value of the community over the individual.

Ethics and effectiveness are closely tied to each other in public health. Neglecting ethics is not just a philosophical oversight: it can have deadly consequences or the unnecessary loss of civil liberties. Unfortunately, pain is one of the most effective teachers. It may take the pain of this pandemic to get us to learn for the next one. 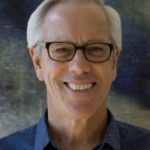 James C. Thomas, is an Associate Professor of Epidemiology in the University of North Carolina Gillings School of Global Public Health. He was one of the authors of the American Public Health Code of Ethics and served as an ethics advisor to the Director of the US Centers for Disease Control and Prevention.

I have read and understood the BMJ Group policy on declaration of interests and declare that I have none.