Valéry Ridde and colleagues recently published an Editorial entitled “It’s time to address sexual violence in academic global health”. While I support the call to fight the violence endured by women, I disagree with the authors in a number of respects.

Sexual violence is not peculiar to global health

The situations encountered when doing field research in global health do not fundamentally differ from those of normal life, as long as you get out of your family comfort zone. I don’t believe there is a “culture of sexual harassment” specific to the global health or cooperation fields. Girls and young women are harassed in Europe or America in plenty of contexts – be it as school or sports clubs for instance – for those lucky enough not to be abused in family contexts. Women have been harassed and sexually assaulted for thousands years all around the world and actually, one is usually more on the alert and more prepared to face unusual situations while one travels to a country with a very different culture. So I don’t think self-flagellation by academics and academic institutions in global health is very helpful – nor writing sexual harassment and violence policies, nor even ceasing collaborations with partners who will probably quickly find other, less regarding partnership opportunities.

Sex is not bad per se; violence is

By focussing on the “sexual” aspect of violence or harassment, the authors miss the point on emphasising the “violence” that is central to sexual violence or harassment. Sex is not bad per se; violence is. The issue is not that an old man tries to get favours out of a young woman – women can be consenting, and can also harass men, or manipulate men for personal interest. It might even be hypothesised that the world would be a better place if people had more, and better consented sex. The issue is that a more powerful individual – for reasons of position or cultural norms associated with gender, age, ethnicity, etc. – takes advantage of that power to exploit another individual, to get something without his or her informed consent. True, women are often in the weak position because they lack financial autonomy, and/or social standing or recognition, and/or equal rights to their male counterparts.

But no, women are not inherently weak. Just stop stealing our rights and power, and you will see how strong we are. I am no more shocked when I see my academic partner choose his prettiest student to be his mistress, buy her extravagant wigs, a smartphone and credit, than when I see the same humiliate his male students, appropriate their work and steal the per diems they received when attending a conference as part of our project. That is violence, not sex. Exploitation and manipulation in the work environment, and all in social interactions, is a much broader issue, potentially affecting all of us. I am afraid that providing educated, global health future elite “sexual harassment and assault resistance training” will not help and may in fact perpetuate the negative, weak image of women without addressing the real issues.

Let’s grapple with the essence of the problem, not symptoms

The repressive strategies presented by the authors have little chance to succeed, because they inappropriately target the symptoms rather than the essence of the evil. Imposing puritanical norms in academic partnership contracts will not help to “decolonise global health”. Likewise, associating shame and guilt with sex will not help to free people from limiting, emasculating and oppressive social norms. The essence of the problem is to be found at the philosophical level. Violence is inherent to a world in which competition and individual success have become values, instead of cooperation. Hence, gender-based injustice and violence are so deeply rooted all over the world that it will take decades before any substantial improvement can be made, until there is perfect equilibrium between masculine and feminine sides of humanity. Can humanity ever extirpate itself from the long-lived opposition between men and women? We must continue to search for relief in complementarity and unity rather than in opposition… but we are still very far from that goal. That said, achieving unity in mankind is probably not within reach of global health academics and institutions.

The appropriate strategy is empowerment, not repression

So, while we cannot address the essence of violence in society, let us at least try to attack the symptoms in a more appropriate way. First by recognizing that what appears as sexual violence has more to do with abuse of power than with sex. And second, by providing not only students, but also research partners, with basic knowledge and tools to unravel exploitation and manipulation and to augment their sense of self-esteem. The only way to protect potential victims from gender-related and any kind of violence is not through adopting policies and uttering threats, but through empowering them and enabling them to learn how to be respected. But then, is it possible to teach such personal skills and behaviours in the first place, and is that really the role of an academic institution? More importantly, I don’t think Global North academics and institutions are in a right position to tell their Global South partners that the abuse of power and resources at the expense of the weakest is bad… 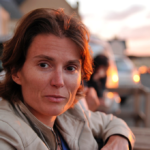 Elisabeth Paul is a lecturer at the Université libre de Bruxelles, Ecole de santé publique and a research associate at University of Liège, Belgium

Competing Interests : The authors has read and understood the BMJ Group policy on declaration of interests and declare they have nothing to declare.