A recently released report on the Yemen conflict utilises a range of data sources to illustrate the Saudi coalition’s targeting of civilian, agricultural and fishing infrastructure, actions presumably intended to worsen the country’s existing humanitarian crisis.  At the time of writing, there has been no official coalition response to the report’s findings.   However, if it is acknowledged at all, this latest evidence of Saudi war crimes may well be categorised as describing either regrettable errors or legitimate targets by official spokesmen, while being dismissed as “false” and “unfair” by state-controlled media.  We live in a time when reflexive charges of “fake news” are routinely levelled against any politically inconvenient information, and this makes accurate and necessary reporting on health outcomes of the civil war increasingly easy to dismiss.

Both sides in this proxy war pitting Saudi Arabia and its allies against Iran have been credibly accused of committing war crimes against the civilian population of Yemen.  At the same time, established Public Relations firms and social media manipulation have been used to whitewash or suppress reports describing such actions.  Similar campaigns have been conducted in the course of the Syrian Civil War, in which verified chemical weapon attacks carried out by government forces have been derided as “false flag” operations, while humanitarian organisations are denounced as “terrorists”.  This type of intentional misinformation, and the increasingly common use of both state-controlled media and online bots/trolls to amplify it, is often intended not so much to convince as to confuse.

The underlying motivation for this deliberate muddying of the waters (or outright polluting them with multiple contradictory narratives) may be to maintain plausible deniability, to obscure politically embarrassing facts and to discredit opponents, but there are also some collateral effects that are worthy of attention.  Health professionals working in conflict zones depend on reliable flows of information in order to do their jobs in a safe and effective manner.  Information about the location and status of health facilities protected by international law, for example, clearly transmitted, believed and responsibly acted upon by warring parties can make the difference between life and death for doctors, nurses and other non-combatants.  The deadly attack on the Médecins Sans Frontières trauma centre in Kunduz, Afghanistan, is a stark example of the horrific possible consequences of misinformation in war zones.

Less directly, health professionals working in conflict zones cannot operate effectively if the communities they serve and the armed groups they interact with are not able to trust them.  Factually inaccurate claims about the motivations or affiliations of legitimate humanitarian groups, which may bias local stakeholders against them, therefore represent the deliberate obstruction of humanitarian assistance.  International Humanitarian Law states that medical personnel in war zones are not only to be “respected and protected”, but also “granted all available help for the performance of their duties”.  In such circumstances, shouldn’t the dissemination of fake news about humanitarian organisations be considered tantamount to a war crime?

Good information is crucial for humanitarian efforts to ameliorate the health impacts of armed conflict.  Depending on the circumstances, misinformation can endanger the lives of health workers and degrade the community trust that is key to delivering effective public health interventions.  Furthermore, the prevalent conditions of conflict zones, especially when the laws of war are not being respected, often make it difficult or impossible for health workers to gather the sort of health surveillance information that is necessary to successfully prevent outbreaks of infectious disease or to provide targeted healthcare services.

These insights suggest the necessity of a broader re-interpretation of the concept of medical neutrality, one that would require all parties in conflict zones to:

This issue represents an explicit conflict between medical humanitarianism and the worryingly ascendant ethos of politically expedient “alternative facts” and the reflexive “fake news” dismissal of inconvenient realities.  We cannot allow truth to be the first casualty of war when it comes to providing healthcare in conflict zones.  Humanitarian assistance is a basic human right for those affected by armed conflict, and fake news is a threat to the safety and effectiveness of those providing it.  It is time for global health professionals to join against the flow of distorted information, which serves only to protect powerful belligerents and further endanger the civilian populations who are already the primary victims of their aggression. 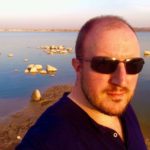 Daniel Flecknoe is a Specialty Registrar in Public Health in the UK.  He is the founder and co-chair of the Global Violence Prevention special interest group at the Faculty of Public Health and has worked for Médecins Sans Frontières/Doctors Without Borders in Darfur and Iraq. 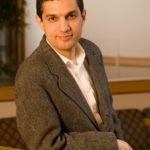 Dr Kaveh Khoshnood is an Associate Professor and Director of Undergraduate Studies at the Yale School of Public Health and core faculty member of the Yale Council on Middle East Studies. He is co-founder of Yale Violence and Health Study Group and a Steering Committee member of the Program on Conflict, Resiliency and Health at the Yale McMillan Center.

We have read and understood the BMJ Group Conflicts of Interest policy and declare that DF serves as an unpaid trustee of MedAct a medical human rights charity . He is also an unpaid chair of the Global Violence Prevention special interst group at the Faculty of Public Health , a professional policy/advocacy group.