The common norms and rules-based order on which international cooperation has been based for seven decades are increasingly being challenged. The rise of new economic powers since the post-1945 creation of the Bretton Woods institutions – including the establishment of the World Bank in 1944 and World Health Organisation (WHO) in 1948 – has caused a paradigm shift in global health. There are growing calls to reform global governance structures to better reflect global realities. What implications do the changing nature of global governance arrangements have for global health diplomacy?

Deep in the shadows of the Global Financial Crisis (GFC), when presenting his first budget to Congress, President Obama declared “The world is interconnected, and that demands an integrated approach to global health”. Global health funding, or “smart power”, has long been considered part of a broader Western development assistance strategy. Foreign assistance in this form is designed to improve health outcomes and achieve the added effect of protecting national security e.g. US Presidents Emergency Plan  for AIDS Relief (PEPFAR). In absolute terms, the United States (US) still provides more development assistance for health than any other country, however, this has decreased in recent years.

A shift in funding priorities is not the only sign of the US’s ongoing departure from positive global health leadership. Seven years after Obama’s address, during the 71st World Health Assembly, the US threatened to unleash trade measures against Ecuador for proposing a resolution calling on Governments to ‘protect, promote and support breast-feeding’. The current US administration is also undermining the WHO’s efforts to limit antibiotic use in farm animals by informing recommendations to Codex Alimentarius, which are considered benchmarks in international trade and meant to ensure food safety and quality. The retreat of positive global health  leadership extends to multilateral agreements, with US negotiations in the North American Free Trade Agreement (NAFTA) seeking to limit the ability of countries involved to warn consumers about the dangers of junk food.

The retreat of the US from international cooperation has paralleled a realignment in leadership and governance. Heads of state and central bank governors from growing economies are placing an increasing emphasis on global health. The G20, which includes most of the world’s important economies, not all of which are democracies, agreed to the creation of the Health Working Group in 2016. This followed the first meeting of the BRICS health ministers in 2011. Individual leadership is also worth noting, with India’s Prime Minister Narendra Modi recently launching a campaign to eradicate TB from India by 2025 and China has identified global malaria eradication a top priority.

China’s leadership is particularly significant as it only became a net provider of foreign assistance in 2011. Whilst publicly available data is limited, there is no doubt that contributions of emerging economies – such as China’s Belt and Road Initiative (BRI) – are growing in importance and magnitude. The WHO Director-General declared that the initiative “contains the fundamentals to achieve universal health coverage”.

Whilst the benefits  of the BRI to health, development and human rights is a point of much attention and debate, collaborating with China as it works with other countries on infrastructure development is surely a priority all health professionals must share if we wish to promote health for all. Noting differences between the old and emerging global health architecture – namely the BRI – will promote effective partnership.

First, instead of foreign aid flowing on the expectation of returning national benefits, China’s concept of foreign assistance is based on ‘equality and mutual benefit with no strings attached’. Second, US aid for global health is typically multilateral, grant given (e.g vaccines, drugs, hospitals), and administered through development agencies or civil society organisations. In contrast, Chinese foreign assistance flows are mostly bilateral, and coordination for BRI initiatives resides within the Ministry of Commerce. Finally, changes to global health leadership and governance will no doubt continue to promote broadening access to global public goods, but this should be tempered with the very real risk of increasing distribution of global public ‘bads’. For example, Tobacco Asia recently applauded the BRI for opening a ‘vast market to be tapped by China’s tobacco industry, helping to solve the problem of possible surplus of tobacco production capacity’.

With increasing academic attention on the rituals of global health diplomacy and calls for social lobbying to improve health for all, we, as global health professionals who acknowledge changing economic realities, have a decision to make – where ought we best focus our limited time, energy and resources? Should we engage in an effort to ensure the BRI best promotes health, or is it better to rectify gaps in leadership and funding in the existing system?  Do we support the new, or work to strengthen the old?

Regardless, as arrangements of global governance continue to be challenged, global health actors must remain acutely aware of the importance of engaging in the mechanisms of changing power structures and the need to promote alternative governance arrangements that promote an integrated approach to global health. 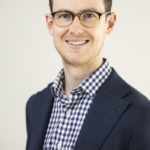 Connor Rochford is an Australian medical doctor currently enrolled in an MPhil in Politics (Political Theory) at the University of Oxford. His academic interests focus at the interface of the normative, empirical and political elements of global health governance and public policy priority setting, with a specific focus on institutional arrangements to promote the supply of global public goods. Connor is currently a research assistant at the Blavatnik School of Government and research associate at the Global Health Governance Programme, University of Edinburgh.

Competing Interest: I have read and understood the BMJ Group Conflicts of Interests Policy and declare I do not have any conflicts of interests.

The global return on investment from preventing and treating adolescent mental disorders and suicide: a modelling study

Pandemic inequity in a megacity: a multilevel analysis of individual, community and healthcare vulnerability risks for COVID-19 mortality in Jakarta, Indonesia

What India can learn from globally successful malaria elimination programmes