Imagine it is twilight and you are walking back to your village after a long day working in the fields. Suddenly you feel acute pain in your calf. Out of the corner of your eye you see a flash of movement: a snake. Was it a cobra? A viper? Or a less harmful species? You are panicking now and the pain is becoming excruciating. The health centre is hours away and you know you need to try to find a way of getting there. But even if you can get there, will they be able to treat you? Will they have antivenom? How will you be able to afford it, you don’t have money to pay for a doctor and expensive medicine? Or would it be better to seek assistance from the local traditional healer?

This is the nightmare of treating snakebite and a reality for the 100,000+ people killed by snakebite every year, and the four-fold more who are left with life-changing disabilities. Snakebite envenoming is overwhelmingly an affliction of the rural poor in agricultural and herding communities and kills more people than any other disease on the Neglected Tropical Diseases (NTDs) list of the World Health Organization (WHO).

Médecins Sans Frontières (MSF) witnesses the devastating impact of snakebites on victims, their families and communities in many of the places we work. In 2017, more than 3,000 patients were admitted to MSF-supported hospitals for snakebite treatment, predominantly in sub-Saharan Africa and in the Middle East.

However, the vast majority of snakebite victims are unable to access effective treatment. There are many reasons for this: there could be a lack of effective and affordable polyvalent antivenom in stock, or a lack of medical staff that are trained to administer antivenom or other essential treatments. There is often a lack of ambulances or community-motorbike services to transport people rapidly to hospital care. Distrust of antivenom products is also a problem, due to many inferior products on the market, and this is one of the reasons that snakebite victims seek out traditional healers with often lamentable results.

Fortunately the world is waking up to the problem: just last month at the World Health Assembly (WHA), 194 countries adopted a resolution on snakebite which recognises ‘that snakebite envenoming causes disproportionate suffering, but has to date been largely overlooked by the global health community.’ Dozens of countries made statements in support and called for increased action to take on this neglected health crisis. This resolution now mandates WHO to develop an ambitious roadmap, expected later this year, that will include a raft of activities to overcome the range of barriers people face in accessing treatment. These developments certainly indicate increased momentum to tackle the problem given that just two years ago snakebite was not included on the WHO priority NTDs list.

Now it is vital that governments and other global health actors rally to turn these words into action. An ambitious, multifaceted response from a range of stakeholders is required, but there are two main driving factors that are central to turning the tide on snakebite envenoming.

Firstly: access to affordable, good quality anti-venom treatment must be urgently scaled up. For example in 2010 (the lack of more recent data is in itself a damning indication of how neglected this disease is), it was estimated that only around 2% of people bitten by venomous snakes in sub-Saharan Africa had access to quality antivenom.

MSF is calling on the WHO Secretariat to intensify its work to control the quality of antivenom products, including the allocation of more resources for quality assessment by the WHO Prequalification Programme. This will be critical to reduce the use of substandard antivenoms and ensure that only safe and effective antivenoms, adapted to predominant local snake species, enter the market. Another crucial component of expanding access to effective treatment is to establish an international financing mechanism that subsidises procurement and supply of antivenoms to make them available free-of-charge for victims, or at a price all can afford.

Secondly: governments and other global health actors must ensure significant political will and financial backing for WHO’s snakebite roadmap. The estimated cost to start to implement the WHA resolution and develop the roadmap is US$6.33 million up to 2019: this is a drop in the ocean when the consequences of snakebite for hundreds of thousands of victims — those who lose their lives and those left permanently disabled — are taken into consideration.

MSF is cautiously optimistic that the WHO snakebite roadmap could be a turning point in tackling snakebite. We will be working with governments, treatment providers, donors and communities affected by snakebite amongst many others in the coming months to make world leaders accountable for ensuring that the roadmap is implemented and leads to real change for snakebite victims everywhere. 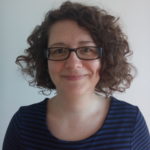 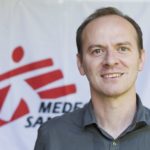 Competing interests: We have read and understood the BMJ Group policy on declaration of interests and confirm that we have no conflict of interest to declare .