Julia Symons and Brian Adams examine the importance of equitable internship in global health and development in light of the recent World Health Assembly resolution.

In May, the World Health Assembly – the highest decision-making body of the World Health Organization (WHO) – passed a resolution committing the organization to reform of its internship programme. Crucially, by 2020, the agency will provide its interns with a stipend for living and travelling expenses; by 2022, at least 50% of interns will be recruited from lower- and middle- income countries (LMICs.) While this means that a disproportionately high proportion of interns will continue to come from high-income countries, it is nonetheless a substantial improvement on the status quo: in 2016, a mere 16% of WHO interns came  from LMICs.

We hope that this change in WHO—an organization which has received much criticism for its unpaid internships,  and is seen by many as elitist and inequitable —heralds a new era of intern rights and commitment to equity within the United Nations system. Like the majority of U.N. agencies, the WHO employs interns without any form of remuneration – not even reimbursement of expenses. An intern at WHO Headquarters is hence required to support themselves financially in one of the most expensive cities in the world. The sheer financial strain of unpaid UN internships came under the spotlight when one UN intern achieved notoriety for living in a tent on the shore of Lake Geneva in order to afford his internship.

The WHO has justified unpaid internships by categorising internships as ‘educational experiences,’ as opposed to employment. This, though, is belied by the fact that interns comprise between 4%-16% of the working population of the WHO headquarters at any time, and are responsible for a significant portion of the organisation’s output.

Beyond an individual interns finances, there is a greater damage from these internships; they perpetuate inequity. The majority of interns at WHO are from well-heeled higher-income countries. Promising young people from LMICs, meanwhile are deterred from even applying for internships, citing the financial cost as a barrier. The WHO acknowledges that former interns receive a strong preference when the organization is filling vacancies . Networks established during an internship often form the basis for subsequent career opportunities outside of WHO. This status quo systematically favours the wealthy and those from wealthier nations, right from early-career level. As 82% of the 2017 WHO budget was spent on programmes in LMICs, this disparity risks perpetuating a seemingly paternalistic dynamic wherein staff from HICs attempt to solve LMICs’ healthcare problems.

Financial support and affirmative action in favour of people from LMICs can mitigate this structural inequality. These reforms are vital to usher in a new age in which those from LMICs hold a voice in global health policy decisions. This recent resolution is therefore to be welcomed. It is also a testament to the power of resilience and collaboration. We were both interns at the WHO at the time that Dr. Tedros Adhanom Ghebreyesus became Director General. We capitalized on this opportunity to gain the attention of the DG, to which he responded enthusiastically. In particular, he devoted much attention to the concerns of interns. Fair internships and equal access were high on the agenda. One key outcome of this dialogue was the formation of a dedicated full-time member in HR  department for intern matters. This meant that the HR lead has begun reforming a recruitment system from the personal or institutional connections based systems towards  a more fair system based on online applications. Some former interns actively been lobbying member states behind, the scenes to support reform. Additionally, other donors and non-state actors recognized the importance of this reform. For example, the Wellcome Trust, which is recognized by the WHO as a non-state actor and has donated $8million to WHO over the past three years, and committed to providing 150 funded placements over the next three years to interns from LMICS.

We therefore write this article with the hope that other UN agencies will follow the lead of the WHO, and to encourage campaigners to continue their efforts. It is indeed possible to change the system of unpaid internships in favour of more equitable opportunities with persistence. The WHO has set an example. The rest of the UN must now follow its lead. 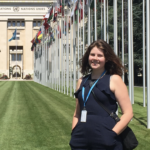 Julia Symons is an MSc Candidate in Global Health at the London School of Economics. During her recent internship at the World Health Organization, she focussed on integrated health systems. 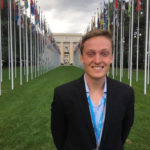 Brian Adams is a third-year medical student at the University of Colorado, and will be commencing an MSc in Epidemiology this autumn. His internship at the World Health Organization focussed on epidemic response coordination.