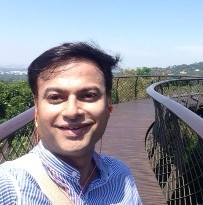 From close to a decade of experience in working on Tuberculosis (TB) in India, I have noticed a constant refrain from the stories and narratives of the TB affected: ‘we didn’t know anything about TB.’ An equally common connected complaint is: ‘we were never provided the relevant information needed to fight TB.’

Why do patients and communities in India have so little information to combat TB?

I have had the unique opportunity to listen to the stories of those affected with TB during my work . I found that TB patients remain disengaged from the health system – ironically a system which is is supposedly designed to address their needs. The health system does not recognize that the most critical element in the TB story is not the doctor, nor is it how the health services are arranged but, but it is the TB affected individuals and the communities in which they live in . This is due to multiple reasons, which include fundamental issues such as income levels, geographical location, ability to access healthcare, gender and, most critically, stigma.

Recognizing this need, we at Survivors Against TB launched a patient education program called “Talking TB” or ‘टीबी पे चर्चा ‘ . The multilingual program intends to offer relevant information on various aspects of TB including- treatment, nutrition, side effects and stigma. Currently it is being offered in Hindi, Marathi, Gujarati, English and Malayalam .

The program delivers health information for TB patients with actual TB survivors acting as protagonists and is in the form of a mobile app and few films. These can be downloaded for free, from www.talkingtb.com. The films are also available on our YouTube channel, Survivors Against TB: https://bit.ly/2GHlXz0 .

How did we develop Talking TB ?

We got together to identify common narratives among TB survivors.  As for example as TB survivors we wanted to defeat TB but felt inadequately armed about the know-how required for the purpose. We wanted to lead a normal life but did not know how to manage the side effects and address stigma. Based on these experiences collected through interviews with TB survivors and their affected families we developed the program. Going forward, the program will diversify and include more survivor stories and languages.

Through this program we hope that those affected by TB get the information they need within their homes and communities, but crucially, without compromising their privacy. If individuals cannot access or download the app they can still access the program through WhatsApp or the internet. Health workers as well as medical doctors can also show these education materials on their phones. The program includes numerous private sector partners including large laboratories, private hospitals and leading doctors.

We hope that this is just the beginning. The health system needs to recognize that educating patients can help them manage TB better. It might even prevent it from occurring in the first place. Diseases have never been defeated by medicine alone—it’s a collective fight that combines science, individual grit and courage.

About the author: Chapal Mehra is Convenor, Survivors Against TB, a Public Health Specialist and an Independent Writer based in New Delhi.

Competing interests: I have read and understood the BMJ Group policy on declaration of interests and confirm and declare that I hold an unpaid officer-ship of a group called Survivors Against TB. There are no other conflicts of interest to declare.