“I think—being a medical student—you almost feel guilty for sleeping at any point of the day, even at night,” said Anisha on the latest episode of Sharp Scratch.

The pressure to minimise sleep through medical school is (at least) twofold: first, the tension between perfectionist tendencies and the bottomless well of facts to learn; and second, the virtue or success associated with early mornings. “There’s always this thing about morning people having the morning high ground, compared to those who prefer to sleep in—regardless of how late they may have stayed up being very productive, they are often branded as being lazy because they had a lie in,” said Nikki.

The reality is that—because the brain continues to develop through adolescence into the twenties—most undergraduate medical students need as much sleep as teens. Mike Farquhar, consultant in sleep medicine at Evelina London Children’s Hospital, joined Sharp Scratch as an expert guest and explained that the mean hours of sleep that adolescents need is around 9.5 hours a night; and, that up to the age of 25, most of us need 7.5 to 9.5 hours a night.

Regardless of age, though, Mike emphasised that sleep is an individual thing. “People expect there to be simple straight forward answers, but there isn’t. The only person that really knows how much sleep you need is you.” And getting the amount of sleep that is right for you is precious. “If you are chronically sleep deprived—if you are cutting off the last two or three hours of sleep every night of your life—the bit of sleep you are missing out on is the bit that is most important for learning and memory, and being a nice person actually.”

Knowing the benefits of adequate sleep, I often wonder about night shifts and the rota that awaits me in six months’ time, when I become a newly qualified doctor. I used to dread it. But since the first episode of Sharp Scratch (How to survive a night shift), I’ve seen Sharp Scratch friends survive their first years of doctoring, I’ve read Mike’s guidelines for managing the effects of night shifts on health, and I’ve spent one night shift putting all the tips into practice—naps, snacks, caffeine, and all. “Come back to me after you’ve done six months of nights,” said Mike with a smile after I proudly listed my efforts.

He explained that my experience of a night shift is common: to feel at your worst around three or four in the morning, “when every single cell in your brain and your body is telling you to be asleep,” followed by a “second wind” of feeling better the closer it gets to the morning. Although we feel more alert around this time, our reaction times and other markers of fatigue continue to decline, putting us at risk of making mistakes. “The reason that I started doing that work [calling for organisational awareness of the importance of sleep, rest, and breaks] when I became a consultant is because, very sadly, we lose doctors and nurses every year, who, after working a night shift, fall asleep behind the wheel of a car and they die. And that is a risk that we should talk about a lot more, and we should be doing a lot more to actively reduce that risk.”

Night shifts are essential to healthcare, and hostile to our physiology, but the effects can be mitigated. There is an organisational responsibility to maximise our capacity for sleep, too, such as designing rotas that lessen the “jet lag” of changing shifts. “Some of that is in things like the BMA’s Fatigue and Facilities charter. Some of it is wired into the junior doctor contract. There are certain standards when we’re thinking about making rotas,” said Mike. “If you then find that you’re in a rota that you think doesn’t meet or follow those guidelines, then your usual escalation in through your junior doctor’s forum, your BMA [British Medical Association] representatives, and whoever you’ve got to amplify your voice.”

Finally, he advised us to tell your organisations if you miss your breaks or stay late to finish your work. In the UK, the mechanism for this is exception reporting. “I promise you, because this is universal, as new junior doctors—you will get to six o’clock when you’re meant to be going home […] and tell yourself that the reason that you’re not going home yet is that you’re not good enough [to have finished your tasks in time]—and that’s not your fault, that’s not your problem, you are there to learn as you do the job. But if you’re not going home at six o’clock, whatever the reason, you need to tell us that—because otherwise all that happens is that this is institutionalised, enshrined. So, using those protective mechanisms helps. But it needs everybody to do it.”

Individually, the key to managing the effects of night shifts—on your health, and on your safety—is maintaining a good core sleep routine. Now is the best time to start. “As medical students you feel guilty if you’re not up burning the midnight oil,” said Mike, “but actually, from a learning point of view, you are much better in prioritising your sleep. Sleep is absolutely fundamental to learning.”

For advice on falling asleep, napping, and preparing for night shifts, listen to Sharp Scratch episode 46: Naps and Night Shifts on Spotify or Apple pods 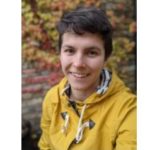