With severe osteoarthritis in my left hip, I am due to have a hip replacement. My having been a wicket-keeper for over 30 years can’t have helped, but I also have a long-standing deformity in that hip, and the right hip is fine. So today I went for a preoperative assessment.

To assess the origins of “assessment” we must start with the IndoEuropean root SED, to put something down or sit. 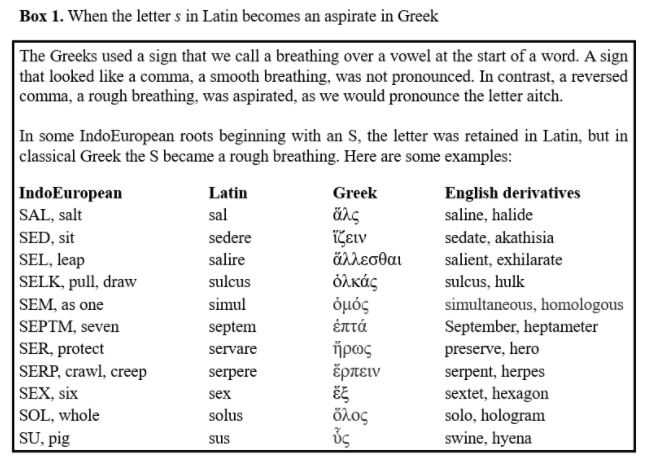 Add to ἵζειν the prefix κατά, down, and you get καθίζειν, to sit down. Akathisia is an inability to sit still, associated with an inner feeling of restlessness. It is sometimes caused by dopamine receptor antagonists, such as chlorpromazine and haloperidol. The focal form of akathisia, the restless legs syndrome, also called Ekbom’s syndrome or Willis–Ekbom disease, if severe, is sometimes treated with dopamine receptor agonists.

Related to ἵζειν is the Greek verb ἕζεσθαι, which also means to sit. Add a suffix, ἐπί, on or over, and we get the verb, πιέζειν, to sit heavily on, to press down. This gives us the English prefix piezo-, referring to physical phenomena that are elicited by the application of pressure, such as the piezoelectric effect, piezomagnetism, and piezoresistance.

The Greek nouns from ἕζεσθαι are ἕδος and ἕδρα, each meaning some form of seat. This gave -εδρον, metaphorically referring to each base (or seat) of a many-sided three-dimensional figure, such as an octahedron or dodecahedron. The Greeks regarded each of the five regular polyhedra (tetrahedron, cube, octahedron, dodecahedron, and icosahedron), also called the Platonic solids, as being intrinsic to the construction of the universe. In his Mysterium Cosmographicum (1596), the German astronomer Johannes Kepler proposed a model of the solar system in which the five Platonic solids sat inside one another, interlaid with a series of inscribed and circumscribed spheres (Figure 1).

Add κατά to ἕδρα and you get καθέδρα, a chair or throne, especially for a teacher, a professor, or a bishop. Anyone who speaks ex cathedra does so with authority, or more often with apparent authority. And a cathedral is where the bishop sits. In French a cathedra becomes a chaise, from which we have the now largely obsolete chaise-longue. In an essay titled “The First Mrs. Tanqueray” in a collection called While Rome Burns (1934), the American critic Alexander Woollcott quoted Mrs Patrick Campbell as having referred to “The deep, deep peace of the double-bed after the hurly-burly of the chaise-longue”.

Now add ἐπί to ἕδρα and we get Ephedra, a genus of plants that trail along the ground, from which comes the adrenoceptor agonist ephedrine.

In Latin SED gave sedēre, to sit, giving us sit and seat and many other English words (Figure 2). Add the prefix ad, beside or towards, and you get ad sedēre, contracted to assidēre, literally to sit beside. An assessor was originally one who sat beside a judge or other official, as an assistant, giving advice. When I was Oxford University Assessor some years ago, an elderly visiting Royal asked me whom I assessed. I told her that I didn’t assess anyone, but assisted the Proctors, Senior and Junior, the university officials appointed annually from among the rank and file of the university, primarily to take care of student discipline and to oversee examinations. 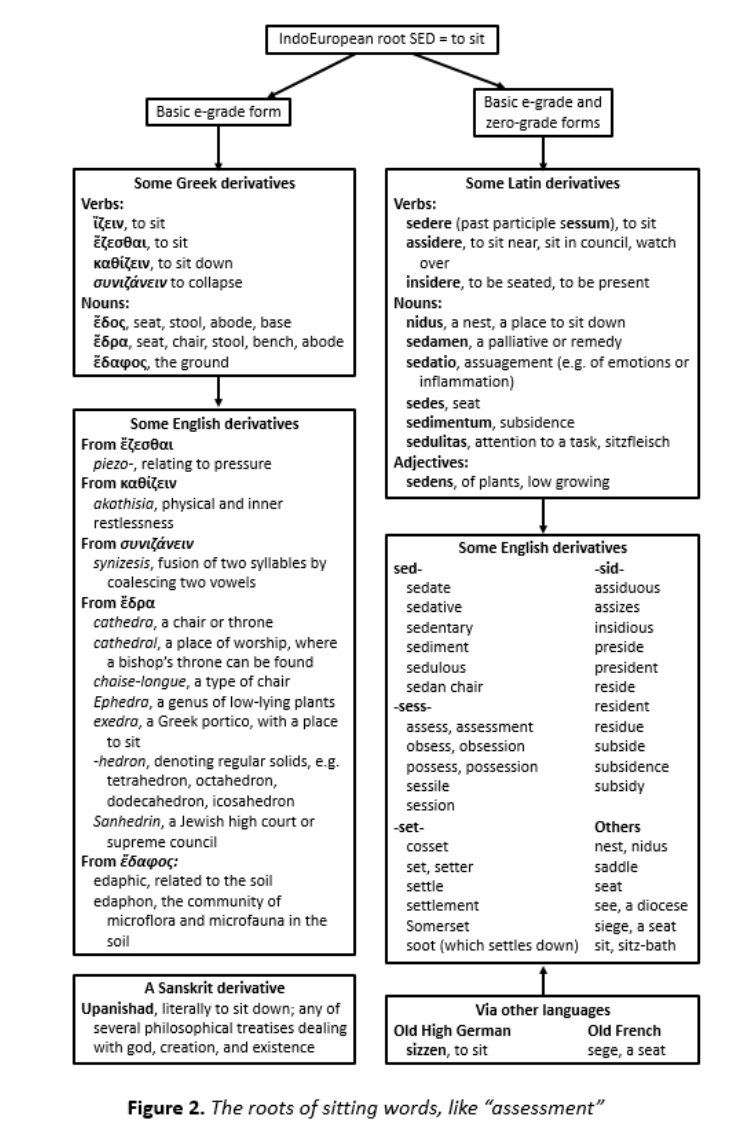 An assessor was also one who assisted tax collectors, and so assessment came to mean fixing the rate of tax or determining the amount owed by an individual. From there it came to mean determining other matters, evaluating a person or thing or estimating the quality, value, or extent of anything.

Assessment of people normally involves others, but these days we are all being encouraged to assess ourselves, as part of our personal development, and to plan our future work on the basis of the outcomes. Is this helpful, or are we fooling ourselves? I shall look at the evidence next week. 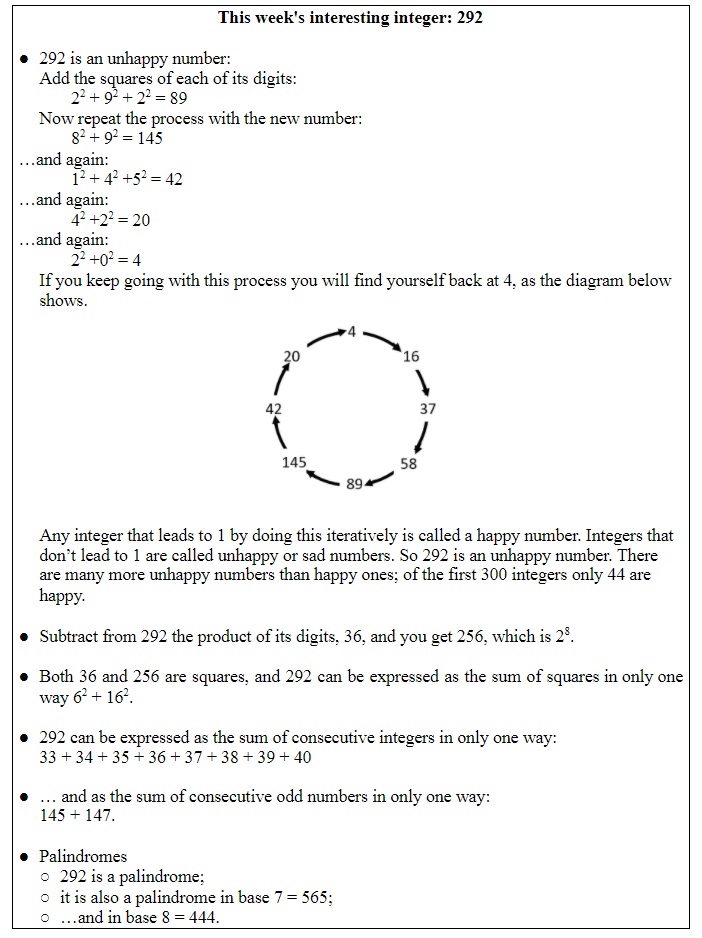