As I wrote in January of this year, the Oxford English Dictionary (OED) is updated every three months (“on a quarterly basis” as they put it—they mean “quarterly”). Two recent updates, in April and June, have, not surprisingly, been influenced by the current pandemic. Having had my attention unexpectedly diverted, I am now catching up with the March updates. The list comprises 584 entries, of which there are, as ever, four categories:

In January’s list a striking number of words related to Jews and Judaism and words derived from Yiddish, in all 71 (13%) of the entries. March’s list contains 78 entries (13%) related to Christ, christening, Christianity, Christmas, or Jesus, plus a handful of other religious terms, such as nomen sacrum, theonomous, and non-Trinitarian; 63 entries involve birth or being born; and one entry combines Christianity and birth—born-again.

Table 1. Medical entries in the March list of additions to the Oxford English Dictionary 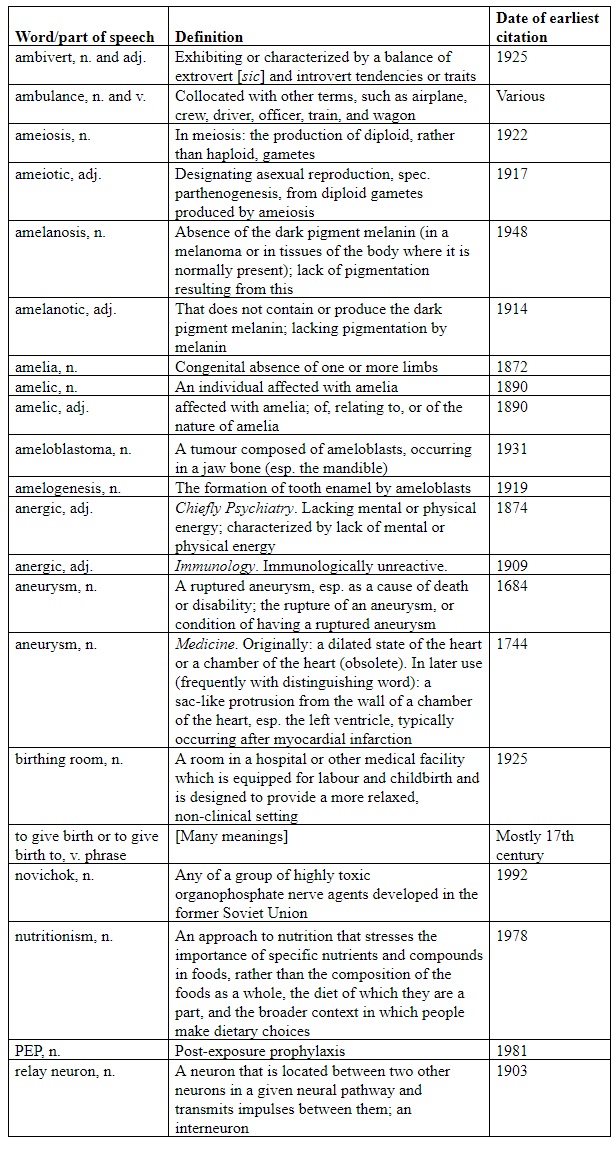 One new entry took my eye: “anecdata”, a portmanteau word, from anecdote + data. It’s defined in the OED as “Information or evidence based on reports of individual cases rather than systematic research or analysis; anecdotal evidence” and tagged as “Frequently humorous and depreciative.”

Anecdotal reports have typically been regarded as evidentially the lowest of the low, barring expert opinion and mechanistic reasoning, neither of which is a form of evidence at all. Nevertheless, I have argued, thinking about adverse drug reactions and interactions, that there are several important reasons for publishing anecdotes (Box 1).

When the sixth century gossip Procopius wrote his scurrilous memoirs of life at the court of the Roman Emperor Justinian and his wife Theodora, he called them “Anekdota”, which is sometimes translated as “Secret Histories”, but which might be better rendered as “Unpublished Gossip”. The memoirs were probably eventually published only after Procopius had died, and certainly not in Justinian’s lifetime.

And so, anecdotes, which were originally unpublished, and indeed sometimes unpublishable, became gossipy stories ripe for circulation, and hence any stories, scandalous or not. An anekdotos was also a secret remedy. Perhaps one that had a lot of adverse effects?

The OED gives the earliest citation of “anecdata” from 1989 (Figure 1). There appear to be antedatings of this (Figure 2), but these turn out to be misprints for “anecdota”. More difficult to spot, but probably a misprint too, is the example shown in Figure 3. 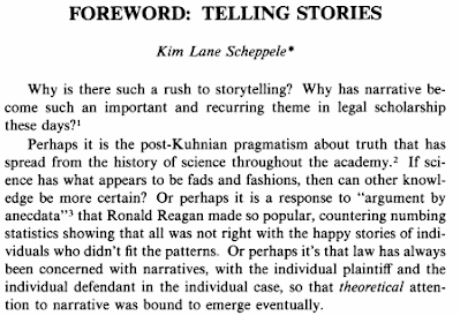 Figure 1. The earliest instance of the word “anecdata” recorded in the OED (Michigan Law Review 1989; 87(8): 2073-98); footnote 3 reads “I owe the phrase to Don Herzog who has used it in conversation”; Herzog is Edson R. Sunderland Professor of Law at Michigan

Figure 2. Two instances of “Anecdata” as a misprint for “Anecdota”

Top: From a paper in the Proceedings of the Royal Irish Academy Section C: Archaeology, Celtic Studies, History, Linguistics, Literature 1950/1951; 53: 1-247, titled “Lagore Crannog: An Irish Royal Residence of the 7th to 10th Centuries A.D”; The Anecdota Oxoniensia is a collection of “texts, documents, and extracts chiefly from manuscripts in the Bodleian and other Oxford libraries”, published in several volumes from 1882.

Figure 3. Is this an early instance of “anecdata” or a misprint for “anecdota”? Probably the latter; it comes from an article by Jack Antelyes in Modern Veterinary Practice 1983; 64(1-6): 75; the two paragraphs of text surrounding the heading read:

“In human medicine today, patients frequently complain about unnecessary and expensive tests. On the other hand, physicians claim these tests to be necessary, and offer plenty of scary rationalizations to justify them. Many observers agree, however, that the real, underlying reason behind the plethora of testing is to defend doctors against an epidemic of litigation.”

“While many believe this institution of defensive medicine to be a new phenomenon, in fact, it may even be older than recorded history. While we practice defensively today to prevent criticism, to prevent lawsuits and perhaps to avoid a possible suspension of license, in halcyon times the physician was often in peril of losing his life, should his diagnosis, treatment and prognosis be inaccurate.”

So, is “anecdata” singular or plural? The non-prescriptive OED says that it can be both—that’s how people use the word. “Data” is also used in both ways, but I have previously argued that the evidence from its scientific uses is strongly in favour of plurality. And Ray Wolfinger’s saying that the plural of anecdote is data perhaps suggests that the plural is actually anecdata.