The success or failure of our care home market has serious implications for all health and social care services, warns David Oliver 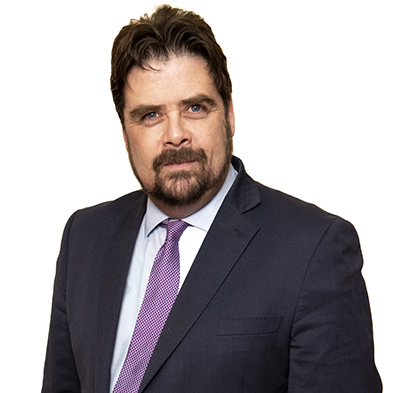 In December, the healthcare consultancy LaingBuisson published its 30th annual report on the state of the care home market. Most NHS workers won’t have seen it. It won’t make the media outside niche professional outlets. Yet the picture it paints has major implications for the wider healthcare system, future social policy, and wider society.

For international readers, care homes in this context encompasses both residential homes (where registered nurses are rarely or sparsely employed) and nursing homes (which employ nurses alongside care assistants). Care homes are also sometimes referred to by other names such as “long term care facilities” or “hostels” in other nations.

Although some care homes specialise in the care of younger adults with physical, mental, or learning disabilities, most residents enter towards the end of the ageing process. By this stage they generally have severe frailty, age related disability, multiple long term conditions, and often dementia. The threshold for entry has become progressively higher, with the aging demographic of our population not matched by an expansion in care home places. Many older people who would have entered long term care in years past are now supported in their own home or have housing designed for their needs.

So why should we care what market reports show?

Around 410 000 people are in care homes in the UK in around 11 300 homes, with a total market of around £16bn. This is almost three times the number of people in hospital beds. Many of us will die in care homes. Admissions to acute hospitals from them are far higher than they are from among people of the same age living outside of them.

There is a growing policy focus on the equal rights of residents to access primary and community healthcare services, how best to provide those services to residents, and how much is about the skills of the employed staff doing it for themselves, rather than being done in reach of and with support from the local NHS. Witness, for example, recent disputes over proposed GP contract requirements for enhanced support for care homes in the NHS Ten Year Plan, the  very promising experiences from NHS England’s care home vanguard sites, or resources from the British Geriatrics Society on better healthcare for residents.

With growing pressure on maintaining flow through hospital beds—often resulting from patients who are stable enough to leave but waiting for the funding, choice, and capacity to do so—the care home market also has crucial implications for acute bed capacity. Delayed transfers of care hit a record high in 2017 and among the “superstranded” patients who stay in hospital for longer than three weeks, those waiting for space to open up in a care home feature heavily.

Unfortunately, this latest report does not offer much cause for optimism. Crucially, the overall number of places in nursing, as opposed to residential, homes has flattened and, according to LaingBuisson, fallen by around 5000 since 2015. This fall comes at a time when robust population modelling  predicts that over the next two decades an increasing number of people will be living longer, with the end of their lives marked by high levels of dependency and dementia.

It also comes despite social care funding and provision and support for carers being cut since 2010, when the government’s austerity agenda and cuts to local government support grants kicked in.

The financial numbers in the LaingBuisson report are also alarming. Crucially, 51% of care homes’ income now comes from private payers (sometimes called “self-funders”), even though they only make up 45% of residents. In England, anyone with assets or savings worth more than £22 250 must pay for their care (with thresholds set a little higher in the devolved UK nations).  The market research showed that the fees paid by local authorities for people who qualify for state funding are often less than the cost of providing the place. In effect, self-funding residents, who are paying far higher rates (typically £3000 to £4000 per month), are cross-subsidising the care of those funded by the local council.

Unless there is a major expansion in places to meet growing need, LaingBuisson predicts that we may soon be looking at a “sellers market,” where care homes can increase fees to access increasingly scarce beds. Having largely outsourced long term care to the private and third sectors, who are reported to run around nine homes in 10, some councils are now considering entering the market by running their own care homes again.

If the care home market collapses or contracts, this will have serious knock-on implications for the rest of our health and social care services. If the fees increase, it will hit other areas of local government spending at a time when councils’ funding has been serially cut and other local services hit in order to preserve social care capacity. Martin Green, chief executive of Care England, has highlighted the collapse of hundreds of care home providers over the past five years, but also the threat that care homes risk becoming unviable in poorer areas with fewer self-funding residents. The way that local authorities raise money—from tax on property values and business rates—compounds this inequality. Socioeconomic deprivation drives demand, yet lowers the number of people who can pay for their own care, and reduces councils’ ability to raise money for care.

Prime Minister Boris Johnson has bullishly promised to “provide a solution to social care” within 12 months, although there is currently no detail to back this statement. I hope he is serious in this assurance, but the failures of serial governments to come up with anything resembling a solution over several parliaments, commissions, bills, acts, and spending reviews doesn’t fill me with hope.

David Oliver is an NHS consultant in geriatrics and internal medicine. He has been national clinical director for older people, president of the British Geriatrics Society, and vice president of the Royal College of Physicians. He writes a weekly column for The BMJ.