Panic is a word that’s been widely used during this outbreak, yet Robert Peckham argues that this social phenomenon is little understood 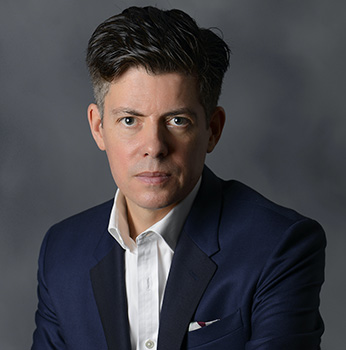 My local supermarket recently made the news. The grey metallic shelves, emptied of rice and noodles, were a stark reminder of the panic that covid-19 has sparked in Hong Kong and across the region. In Singapore, Indonesia, and Japan people are bulk buying provisions, fearing the worst. And it’s contagious. The sight of a foodless food store is enough to make anyone sweat.

Panic is a word that’s been widely used during this coronavirus outbreak. We’ve heard the oft repeated injunction by experts and media commentators for people to stop panicking. Used in this sense, panic is implicitly the antithesis of level headed science—it’s something that those with less knowledge, and certainly less restraint, fall prey to. Panic is a reflection of a groundless fear, a primitive flight response to some perceived danger.

Throughout history people have feared the spread of disease, but the invention of telegraphy in the 19th century ushered in a new era of mass panic. The flow of information could now outstrip the speed of human travel. A catastrophic event on one side of the globe could cause ripple effects on the other. An outbreak of plague in Hong Kong, say, could trigger market panics in London and New York. Global connectivity created a new propensity for disruption. Anxieties were amplified and compounded: fears about a disease outbreak became merged with financial concerns and social anxieties. Modern panic was born in this techno matrix. Fin-de-siècle sociologists identified panic as a modern pathology, a condition brought on by the excitations of urban living, the frenetic pace of communication, and the attenuation of social relations that these produced.

Fast forward to the tweet-a-second 21st century. As the World Health Organization has noted, covid-19 is driving a social media “infodemic,” with this information overload making it increasingly difficult for people to distinguish fact from fiction. This is panic’s uncertain habitat: the world of the “what if?” As in: it might not be true, but what if it were?

The diffusion of misinformation via social media can have a direct impact on the spread of disease in how it influences human behaviour. It can lead to people bypassing steps that would help to prevent disease transmission or, alternatively, prompt people to follow ineffective advice.

Herein lies the rub. Communication, which is so central to public health, also turns out to be key to panic. Circuits of information can all too easily flip to become conduits of misinformation. The technologies that connect us have the wherewithal to drive us apart. Public health messages that seek to jolt us out of complacency can all too readily alarm us. Panic, in other words, can be a hair’s breadth away from prudent concern.

There’s also a thin line between misinformation and uncertainty, particularly in the midst of an epidemic. The identity of the causal pathogen may be unknown, its epidemiology obscure, and the spectrum of clinical manifestations confusing. All of this is grist to the panic mill.

During an epidemic, panic’s infective properties come to the fore. The spread of disease and the diffusion of panic intertwine, the one fuelling the other, both posing challenges of different kinds for public health. As David Baltimore noted of the panic during the height of the SARS crisis in 2003, “media viruses are immune to rational inoculation.” Baltimore’s argument was, in part, that the contagious panic sparked by media driven stories about the virus had worse effects than the virus itself.

In Hong Kong, long queues for face masks form outside pharmacies from the early hours. Shops are emptied of rice, toilet paper, and disinfectants. In part, this is triggered by a self-fulfilling pre-panic panic: people rush to forestall the effects of a future panic. Conspiracies abound online, spurred by repeated calls to stop panicking, and by the public’s widespread mistrust of the government. There are rumours of invisible coronavirus spreaders stalking the city. Lists of fever houses—the homes of those suspected of harbouring the disease—circulate on social media, making them easy targets for retribution. Panic has an ugly face.

The ongoing covid-19 outbreak has underlined the need for more research on the nature of panic and its drivers. The strategies we have for communicating about risk and engaging with communities are insufficient. We need to better understand the links between panic, rumour, fear, and anxiety. To what extent is panic universal or are panics in fact culturally specific? How precisely is panic linked to issues of trust—whether that is trust in the government, media, or experts?

Panic is still too little studied and far too little understood. It is easily dismissed as a distraction to the main task at hand of containing an epidemic. And yet the management of panic is likely to be key to managing infectious diseases in an ever more connected world.

Robert Peckham is MB Lee professor in the humanities and medicine, chair of the Department of History, and founding director of the Centre for the Humanities and Medicine at the University of Hong Kong. He is the author of Epidemics in Modern Asia (2016) and editor of Empires of Panic: Epidemics and Colonial Anxieties (2015). Twitter @RSPeckham