Last week I referred to Noam Chomsky’s theory of a universal grammar and Stephen Pinker’s account of the idea that our ability to use language is instinctive and innate. This is reminiscent of the Platonic theory of anamnesis.

The English word anamnesis is a direct transliteration of the Greek noun ἀνάμνησις, remembrance, which is from the verb ἀναμιμνήσκειν, to remind or remember, and therefore to mention. When preceded by παλίνδρομος, recurring, it referred to the phases of the moon. And ἀναμιμνήσκειν νοσήματος, literally to recall a disease, meant to have a relapse.

In Plato’s dialogues ἀνάμνησις is the idea that humans are born with innate knowledge, rediscovery of which occurs during inquiry and learning. In the dialogue called Meno, dealing with virtue, Socrates asserts that knowledge is not required for virtue and that there is a distinction between belief and knowledge. In Phaedo, which ends with an account of the death of Socrates, Plato/Socrates uses the theory as one of four arguments that the soul is immortal:

Later, anamnesis came to refer to an individual’s medical history, a meaning not listed in the OED, which, doing scant justice to the word, gives only two definitions:

However, as my colleague Robin Ferner noted when we discussed the word, the OED includes a quote from 1876, under the first definition: “Diagnosis from the Anamnesis, that is, from the story which the patient tells of his illness”. This is a translation, by J Van Duyn and EC Seguin of a passage from the 6th German edition of A Manual of General Pathology by EL Wagner, Professor of General Pathology and Pathological Anatomy in Leipzig. Robin also pointed out that foreign dictionaries define anamnesis as the patient’s history, as does Oxford’s Lexico and many other English language dictionaries, such as Merriam-Webster. 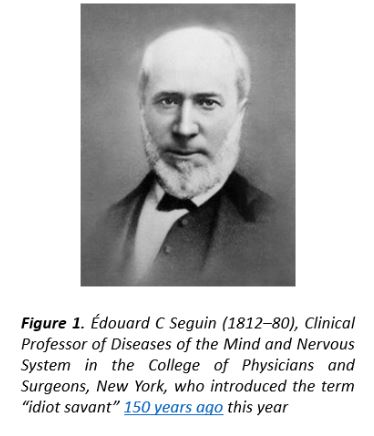 The fact that “anamnesis” specifically means an individual’s medical history, and not merely any recollection, deserves separate notice. And the 1876 citation in the OED that illustrates this meaning can be antedated by over 100 years (Table 1). 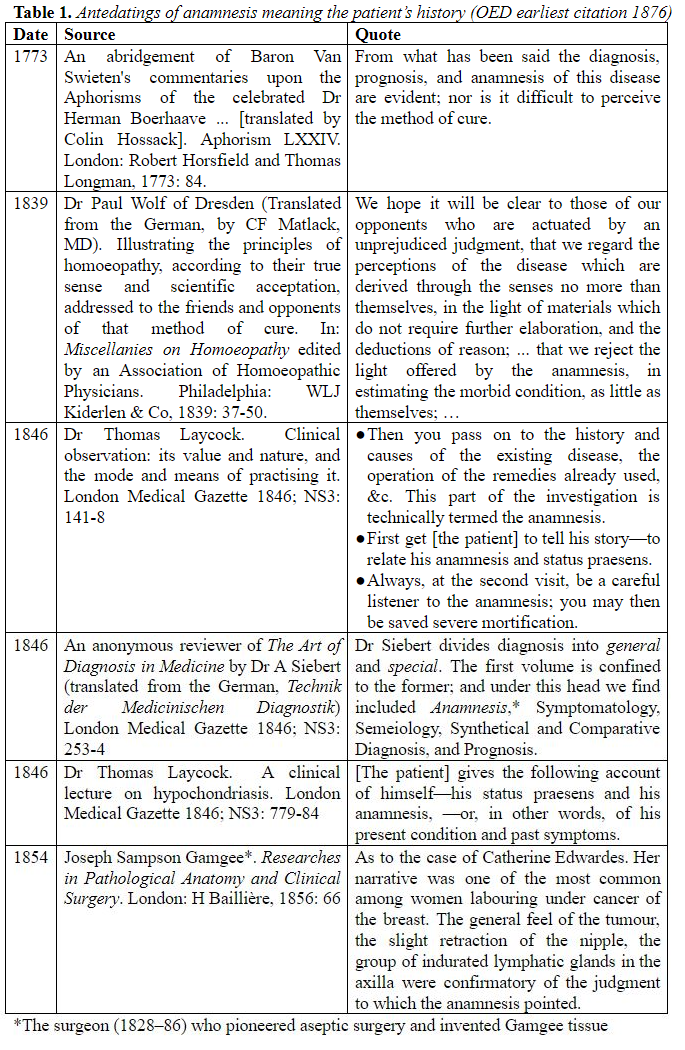 The earliest instance that I have found, from 1773, is from an English translation of Herman Boerhaave’s Aphorismi de Cognoscendis et Curandis Morbis (1709).

Then there are several early 19th century instances, from Miscellanies on Homoeopathy (1839) and in two articles by Dr Thomas Laycock in the London Medical Gazette of 1846, of which I have cited four examples.

The reviewer of Dr A Siebert’s text, a translation of Technik der Medicinischen Diagnostik, which comes between Laycock’s papers, defines “anamnesis” in a footnote as “the retrospective examination of a patient, involving all the facts connected with his physical and moral condition before he comes under treatment.” Elsewhere, it is clear that by “examination” he means taking the history. He also adds “Without the aid of Kraus’s Lexicon it would be impossible to divine the meaning of one half of the professional terms now in use among our German brethren.”

PubMed currently lists eight papers with both “anamnesis” and “history” in the titles; seven are in foreign languages (four German, one each French, Spanish, and Danish); only one is in English. Looking for the two words as text words yields just over 1000 hits, of which about half are in foreign languages, about half of those in German. All this suggests that the meaning came to England via the Continent, in translations from either Latin or German texts. The pre-1773 instances that I have found are mostly in either Latin or German; if in English, they typically refer to a genus of scarab beetles called Anamnesis or to Aristotle’s theory of anamnesis, defined in George Crabb’s Universal Technological Dictionary (1823) as “[in rhetoric] an enumeration of the things treated of before, … a sort of recapitulation”.​ 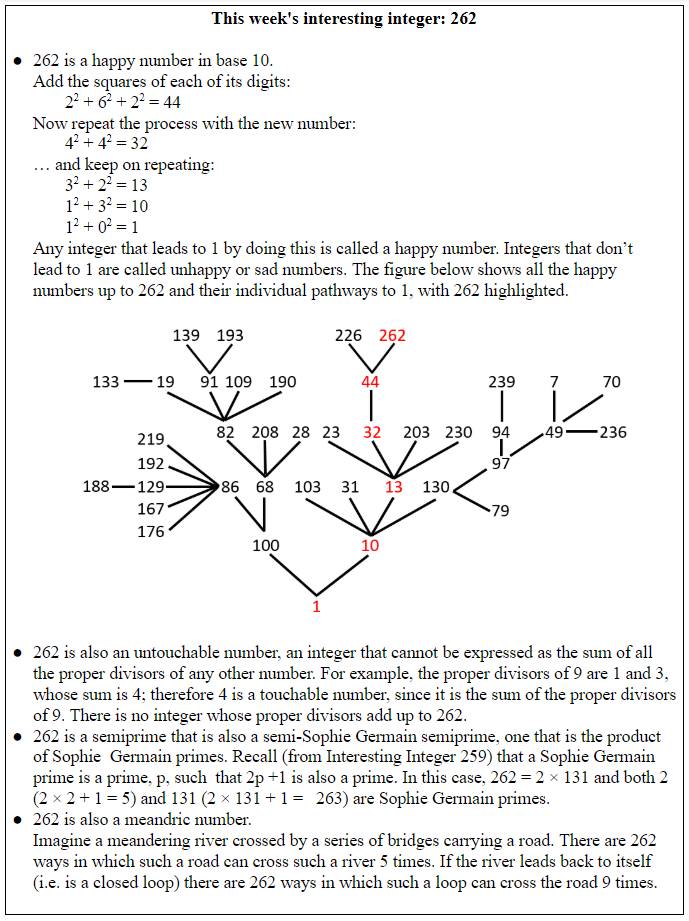