Zosia Kmietowicz discusses what inspired us to make an issue focused on racism and medicine, and how we did it.

The idea of having an edition of The BMJ devoted to the issues that affect doctors and patients from ethnic minority backgrounds came to me after reading an account of one doctor’s experiences of racism during more than 40 years of working for the NHS. Rajgopalan Menon trained in southern India and arrived in the UK in the 1970s. He described the pain of being called a “Paki,” of being asked questions by patients and trainers that would not have been asked of white doctors, and of being dismissed as a potential candidate for jobs white doctors were applying for. He called for the NHS, medical royal colleges, General Medical Council, and BMA for a collective apology for their failure to act on racism, for himself and all the other ethnic minority doctors who had helped run the NHS.

Ethnic minority patients experience differential outcomes in healthcare. Maternity and infant mortality are stark examples, but there is also evidence of differences relating to race in cancer survival, life expectancy, and diabetes care.

These were among the issues I thought could be aired and debated in a special themed issue of The BMJ. When I put the idea to our senior editors they agreed.

The next steps were appointing guest editors and inviting doctors, academics, writers, patients, and policy makers working in the areas of medical education and health inequalities to two workshops in January and April 2019 to help us decide what topics we should be covering. This process could not have been smoother. Invitations were greeted with enthusiasm and applause that at last the subject of racism towards doctors and patients was going to reach a wider audience.

I have worked on this issue with many colleagues at The BMJ but especially Juliet Dobson, digital content editor, Navjoyt Ladher, head of education, Rebecca Coombes, head of news and views, and chief reporter Gareth Iacobucci. We have many other people to thank, but especially our guest editors, Victor Adebowale and Mala Rao, who attended endless meetings and drove this project along with grace and verve.

We are also grateful to the members of our editorial board who gave up time to attend the meetings and who have provided thoughtful comments and support in helping us to produce the articles you see here.

We should also thank our contributors. Where possible, we commissioned journalists from ethnic minority backgrounds. And we asked our regular columnists to write about racial discrimination in their working lives for their usual slots. We think the results make for compelling reading, and we hope you do too.

We want this themed issue to be the start of wider coverage in the journal of the issues that affect people from ethnic minority backgrounds. We want it to be an ongoing conversation about how to tackle racism in the NHS and medicine more generally and how to make everyone’s lives better by improving the environment for ethnic minority doctors and patients. It is an issue that affects us all, and we can all play a part in reducing the disparities and inequalities faced by patients and doctors. 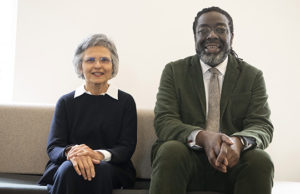 Victor Adebowale—incoming chair of the NHS Confederation, crossbench member of the House of Lords, chair of Visionable (a video collaboration platform for healthcare teams), and former board member of NHS England 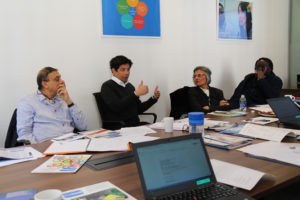 Editorial board members who contributed to the issue

Fizzah Ali—neurology registrar and editor of Medical Woman, the magazine of the Medical Women’s Federation

We would also like to thank Dinesh Patel, Sally Brett, and Kate Firth from the BMA’s equality, inclusion, and culture programme.