Intimate partner violence and warfare contribute to the inequities experienced by women, children, and adolescents says Helen Clark. This article is part of the Leaving no woman, no child and no adolescent behind collection. 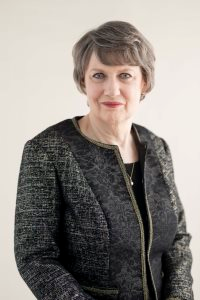 As we enter the last decade of the sustainable development goals, a new series of analyses tells us whether the world is on track to reach global targets for health. Two articles, focused on intimate partner violence and the impact of war, stand out.1 2 They remind us that it is the most vulnerable women, children, and adolescents who suffer the worst consequences of conflict, violence, and the abuse of power. If the global community fails to address the inequities affecting the most vulnerable populations, they will persist and the global health targets will not be met.

The new findings are part a series produced by Countdown to 2030 and the Partnership for Maternal Newborn and Childhood Health (PMNCH) and published in The BMJ and BMJ Global Health. The articles shine a light on what needs to be done over the next decade to meet 2030 health goals for all. Everyone – from civil society, grassroots activists, and health professionals to donors and governments – has their own critical role as we work towards a world where no woman, no child, and no adolescent is left behind. Increasing effort to reach neglected populations and better scrutiny and accountability are needed to ensure that this is done.

The analysis of intimate partner violence by Coll and colleagues1 focuses on 46 countries and finds wide inequalities for women aged 15-49, who tend to be poorer and less empowered than other women. These women are especially vulnerable to psychological, physical, and sexual violence by their intimate partners. Rates tend to be particularly high in conflict affected and fragile states. Afghanistan, which has been riven by conflict for decades and is a strongly patriarchal society, has the highest prevalence, with 46.2% of women reporting physical or sexual violence from intimate partners. Examples in other conflict settings in other regions also point to substantial suffering by women: 33.2% of women in Colombia and 37.2% in the Democratic Republic of the Congo faced physical or sexual partner violence.

These findings underline the need to reframe the narrative in the societal discourse on gender in order to tackle persistent inequalities that are holding many women and girls back from achieving their potential. Gender based violence is often perceived as being perpetrated by men who are strangers to women. However, much of the violence takes place in domestic settings by men who are well known to those affected.

According to data released in 2018 by the United Nations Office on Drugs and Crime, 137 women across the world are killed by a partner or family member every day—and in four of six regions, the home is the most likely place for a woman to be killed.3 More than half of the 87 000 women killed in 2017 were reported to have died at the hands of those closest to them. Some 30,000 were killed by an intimate partner. In developing policy and programmes, we need to acknowledge these facts and create interventions that are appropriate in these scenarios. We also need to involve beneficiaries themselves far more in designing them.

The collection also includes a study on inequalities in intervention coverage and survival for women, children, and adolescents living in conflict countries.2 Conflict countries have had consistently higher maternal and child mortality estimates since 1990, and these gaps persist despite rates continually declining for both groups. Access to essential reproductive and maternal health services and child vaccinations for poorer, less educated, and rural families are severalfold worse in conflict versus non-conflict countries.

The lessons from both studies are clear. Unless we ameliorate the abuse of power and the exercise of violence, whether carried out in the home or perpetrated on a country’s citizens by war or civil conflict, the most vulnerable—the poorest women, children, and adolescents— will always suffer the worst consequences.

Through the alignment efforts of the Partnership for Maternal, Newborn and Child Health, this BMJ collection is the first time that key international actors have come together to report on progress since the updated United Nations secretary general’s Every Woman Every Child Global Strategy for Women’s, Children’s and Adolescent’s Health (2016-2030).4 Accountability is stronger when partners improve alignment and focus as one on what matters: those being left behind.

The articles in this series reach across the six focus areas of the secretary general’s Every Woman Every Child global strategy: early childhood development; humanitarian and fragile settings; sexual reproductive health and rights; adolescent health and wellbeing; quality, equity, and dignity; and women’s empowerment. Importantly, they use the granular data that are increasingly becoming available to closely examine the crucial problem of inequity, both between and within countries.

It takes political will and resources to make sure that the most vulnerable aren’t left behind. We must invest even more in understanding who is being left behind, where they are, and what life saving health interventions they are missing. These are usually the most expensive groups to reach and often include stigmatised communities. Yet, if we are to reach the 2030 health goals, we can no longer afford to disregard them.

Helen Clark is the Partnership for Maternal, Newborn and Child Health Board Chair. She was prime minister of New Zealand from 1999–2008. From April 2009 she was administrator of the UN Development Programme, serving two terms. No competing interests declared. Correspondence to: pmnchboardchair@who.int

4 Every Woman Every Child. Global strategy for women’s, children’s and adolescent’s health (2016-2030). http://www.everywomaneverychild.org/global-strategy