Over the past two decades there has been an increasing awareness of the complex and widespread relationships that exist between doctors and the pharmaceutical industry. These relationships create conflicts of interests (COIs) that can undermine the integrity of the medical profession and negatively impact patient outcomes. To deal with this issue, many developed countries have adopted regulations aimed at preventing and managing COIs that arise from doctors’ industry relationships.

In Chile, as in Latin America more generally, COIs in the medical profession remain largely unregulated. Many doctors continue to feel comfortable receiving gifts and payments from industry. Local medical associations and societies tend to tolerate these interactions, leaving it to doctors to judge the risks of being biased or influenced by industry. The problem is that we know doctors are bad at this.

We joined a group of Chilean doctors who were aware of these problems. We thought that changes had to begin from within the medical profession. In 2012, we established Médicos Sin Marca (MSM—Doctors without Brands), the first non governmental organisation in Latin America promoting independence between doctors and industry. We are part of more than 600 health professionals who have joined the organization and signed a commitment to have no relationships with drug companies, and to use unbiased sources to inform clinical practice. Our advocacy includes frequent participation in local media, an active website, and a community of fifteen thousand Twitter followers.

Soon we found ourselves part of a global network of organizations trying to forge independence between doctors and the industry. In 2016, ACTUE Colombia, an Anti-Corruption and Transparency Initiative funded by the European Union, contacted us to serve as advisors for local doctors in the formation of MSM Colombia. In 2017, we participated in the first Global “No Free Lunch” Conference in Berlin. We found commonalities among different countries regarding the problems that exist in doctors’ relationships with industry and the strategies implemented by activist groups to deal with them.

A key element of these strategies is to strengthen regulatory standards. In 2014, with this goal in mind, we lobbied successfully for more robust standards of COIs prevention in the context of Law 20.850, aimed at creating a public fund for high-cost medications. We persuaded legislators to insert an article that would prevent professionals with financial ties to the industry in the preceding two years from participating on technical boards, and prevent them from establishing relationships with the industry in the two years that follow. This article is the first of its kind in Chilean law.

In numerous talks at medical and educational institutions, we presented the US Physician Payments Sunshine Act as an example of transparency. It requires that industry payments to doctors and teaching hospitals in the U.S. be made publicly available via the Open Payments Program website. We frequently surprised Chilean audiences by showcasing how any U.S. doctor can be searched on this website. We realized that improving transparency was key to making changes and started contacting local policymakers in order to find ways of moving the Chilean regulatory agenda in this direction.

As a result of this process a bill called Medicines Act 2 has been put forward. It promises to be a breakthrough for managing COIs in Chile. The bill would codify a Chilean version of the Sunshine Act by requiring that the pharmaceutical industry publicly report all payments to health providers, educational medical institutions, members of ministerial boards, among others. Moreover, it would require that all healthcare, research, and educational medical institutions have an internal policy for managing COIs.

Médicos Sin Marca have lobbied to push the bill forward and have successfully incorporated some amendments, including the mandatory report of value transfers from shares of stock and dividends, and the implementation of internal policies for handling COIs in medical societies and patient advocacy organizations. As we write this, Medicines Act 2 has made it to the final stages of the legislative process.

We need to make sure that this law, if passed, does not become a dead letter. A similar challenge is being faced in Colombia and Brazil, where similar Open Payment regulations have been enacted. We hope to work collaboratively with medical organizations in those countries to ensure that the new regulations are implemented effectively. This should not be limited to shining light on existing COIs, but also help to raise awareness about their potential negative effects, and the need to prevent and manage them.

Our experience shows the important role that independent organisations like Médicos Sin Marca can have in raising public debate about COIs in medicine, leading to changes in regulation and eventually the ethical culture of medical practice. Independent organisations provide a means to channel the unease experienced by many doctors into a voice that can be heard and become a catalyst for change.

Read the full collection: Commercial influence in health: from transparency to independence 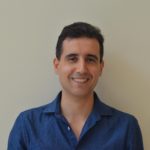 Bernardo Aguilera, general practitioner and a postdoctoral fellow, Department of Bioethics, The Clinical Center, National Institutes of Health, US. 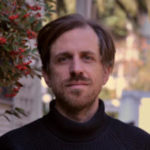 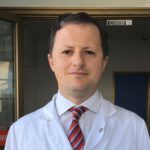 Competing interests: The authors are all members of the board of the non profit NGO Medicos Sin Marca.

Disclaimer: The opinions expressed are the authors’ own. They do not represent the position or policy of the National Institutes of Health, the US Public Health Service, or the US Department of Health and Human Services.