A couple of weeks ago, Boris Johnson visited Addenbrookes hospital—telling almost none of the staff he would be there. I encountered him entirely by accident, as I was leaving clinic. On speaking to his staff, I was told that he would be taking no questions, but I decided to take my chances anyway. As a young person, frustrated by a government whose actions betray them as unconcerned about the long term sustainability of the NHS and climate change, it was a rare opportunity to make a plea for evidence based politics.

Unexpectedly, I was caught on camera by the media, and found myself going viral on twitter over the next day. A clip showed me discussing cuts to the NHS. While cuts are a key issue, the crux of my concerns is actually the disregard for facts and evidence, in favour of catchy slogans. Without evidence for decisions (including the lack of rigorous assessment of the impacts of the “oven-ready” Brexit deal, or any informed discussion of the practicalities of the Brexit process) politicians can never gain truly informed consent from the electorate.

As is the way in elections, the NHS has already become a focus point for pledges and promises. The NHS is currently facing “unprecedented financial pressures” and a staffing crisis. I imagine for the Conservatives this focus must cause a degree of discomfort, the evidence doesn’t paint them in an attractive light. Doctors have seen first hand the result of funding gaps. There has been a falling performance across a number of indicators: increasing waiting times for A&E, cancer services, and elective treatment. It seems obvious that increasing pressure on the service results in increasing pressure on individuals: NHS staffing issues and NHS funding streams are inextricably linked. The evidence that funding gaps affect service provision and staff retention seems clear, but the action taken by the government appears inadequate.

Demands on the NHS, and therefore a need for increased funding and staffing, will continue to grow as the population ages. One of the greatest tragedies over the last decade has been cuts to public health funding. Last year Matt Hancock published a document “Prevention is better than cure.” I would say this approach is bang on the money when it comes to ensuring the NHS is able to cope with an increasingly ageing population. Only he’s not got the money. Public health funding has continued to fall. Nevertheless, neither Brexit nor the NHS define the biggest threat to public health: overwhelming evidence demonstrates that it is climate change.

For this reason, my final attempts to question Johnson weren’t about Brexit or the NHS at all: they were about heath and the climate emergency. I tried to ask “Have you read the IPCC report?” For clinicians who practice evidence based medicine this report is the most important scientific consensus of our time. While politicians continue to discuss Brexit and focus on the NHS, the International Panel on Climate Change warns us we have 11 years to reduce global greenhouse gas emissions by 50% to give a 66.7% chance of keeping warming below 1.5 degrees. The timing is suboptimal, but the climate won’t wait for Brexit negotiations. It doesn’t surprise me that these most important questions were unheard and unreported by the media. Climate change is not as politically attractive as the NHS—even though ultimately, in my life time, our NHS will have to cope with the catastrophic health implications of climate change.

To stop the NHS being used as a political football, perhaps the medical community should be pushing the focus elsewhere. The week before I applied to medical school The BMJ published an article which said “we should be shouting from the rooftops that climate change is a health problem”. Since then, the evidence from climate scientists has only grown more alarming. Yet, when talking to senior clinicians my environmental concerns are often laughed away. As highlighted by the Lancet Countdown, “climate change and human health are interconnected in a myriad of complex ways.” The use of fossil fuels is one of the drivers of climate change and already results in levels of air pollution that affect children in particular (in the UK and across the world): it has been linked to preterm births, asthma deaths and reduced lung volume.

The children born this year will be 80 in 2100. If the calls from the IPCC report for “rapid, far-reaching and unprecedented changes in all aspects of society” are not heard, and business as usual (BAU) continues “the life of every child born today will be profoundly affected by climate change”. Our global collective inaction poses an existential threat to humanity. Brexit does not.

Climate change is happening faster than scientists predicted and global greenhouse gas emissions are continuing to rise, posing a major threat to global health. It is our duty to “protect and promote the health of patients and the public”. If we are to be true to our duty of care we must recognise that climate change is the biggest threat to public health humanity has ever faced.

If we want to solve the problems facing the NHS, and effectively deal with the health and societal implications of the climate crisis, then we must vote and advocate for evidence based politics. 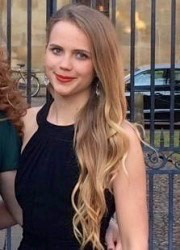 Julia Simons is a final year medical student, member of Doctors for Extinction Rebellion and member of The Doctor’s Association UK.