Advances in medical research have a long established connection with armed forces veterans—nearly 80 years ago plastic surgeon Archibald McIndoe founded The Guinea Pig Club, working with over 600 Second World War airmen who had experimental reconstructive plastic surgery after experiencing horrific burns. As Archibald McIndoe said, “it has been described as the most exclusive Club in the world, but the entrance fee is something most men would not care to pay and the conditions of membership are arduous in the extreme.”

Casualties of more recent conflicts in Afghanistan and Iraq are far more likely to survive casualty evacuation (CASEVAC) than in WW2—indeed statistics show that you are more likely to survive if injured in Afghanistan than in a road traffic accident. This means that some of today’s veterans are living with the significant long term impact of conflict wounds and the resulting scarring—both mental and physical. More than 6,000 members of the British armed forces have been seriously injured or scarred in recent conflicts*. It is anticipated that future conflicts will be conducted in dense urban environments and could involve more lengthy evacuations than those experienced in Iraq and Afghanistan. In addition to gunshot and blast injuries seen in combat, it is likely that the emergence of new devices, such as thermobaric weapons, will result in far more burn casualties.

Following in the footsteps of Archibald McIndoe, we believe that working with military veterans can help us advance medical science to reduce the long term physical and mental impact of scarring. The modern-day equivalent of The Guinea Pig Club, The CASEVAC Club is a group of “unexpected survivors,” the most severely wounded British soldiers from the Afghanistan and Iraq wars whose lives were saved against the odds. We are privileged to be working with these veterans, along with our team of expert researchers and clinicians at the University of Birmingham and the University of the West of England.

There is a long history of medical and surgical advances born out of conflict. Examples range from limb salvage and cleft lip surgery, to blood transfusion and psychiatric disorders such as PTSD.

We believe that scar free healing within a generation is an ambitious and visionary goal and one worthy of pursuit.

The implications are far-reaching. Scar free healing would, by definition, result in the healing of wounds without scarring and potentially offer therapeutic options for a number of other medical conditions.

Although the scientific goal is very challenging, there are some quick wins such as standardisation of care. The resources of the UK’s outstanding universities, life science industries and the NHS along with the emerging science behind new cell and gene therapies makes the timing perfect for the pursuit of this bold ambition. 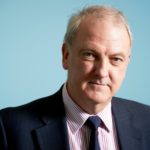 * There were 838 Seriously or Very Seriously Injured or Wounded battlefield casualties recorded by NOTICAS from 2001-2014 across Operations TELIC (Iraq) and HERRICK (Afghanistan), and 6,326 Veterans received compensation between 6 April 2005 to 31 March 2017 through the Armed Forces Compensation Scheme due to Injury, Wounds and Scarring.