Vaccine preventable illnesses are undergoing a deadly resurgence the world over. Measles, once virtually extinct in the USA, has made an aggressive return. Europe had 84 462 cases of measles in 2018—compared to only 5273 cases in 2016. In Japan, opposition to the HPV vaccine that prevents cervical cancer saw uptake fall rapidly from 70% to 1%. Lowered vaccination rates have left us vulnerable to once conquered illnesses, and it’s imperative we understand what underpins this threat to public health.

Immunisation has rendered once ubiquitous diseases relatively rare. No longer do we see the visible signs of polio or smallpox, nor children dying from measles. As visceral reminders fade, complacency all too easily takes hold, accounting for part of the problem.

But the renaissance of ancient killers is symptomatic of a deeper, modern issue: the rise of disinformation online, and triumph of conspiracy theory over reality. Evidence suggests we are poor at differentiating between reputable and suspect sources online, rendering us vulnerable to misinformation. There is evidence too that emotive, scaremongering stories perpetuate far wider than responsible analysis. The irony of our time is that the internet—the same tool which grants us access to the world’s repository of information enables falsehoods to perpetuate further and faster than ever before.

Antivaccine activism is not a new problem. Opposition to immunisation has existed since the time of Edward Jenner, who pioneered vaccinations, but modern antivaccine activists have proven skilled at spreading myths across social media, resulting in an alarming situation where misinformation can eclipse reputable information. In the words of the WHO, refuting antivaccine falsehoods is crucial, but inherently difficult, as “the adversary in this game plays according to rules that are not generally those of science.”

Understanding the mindset of antivaccine campaigners is important. It’s crucial to note that dedicated antivaccine activists are only a small, but vocal minority. Even so, they can cause damage, spreading alarming and misleading claims. The ubiquity of these myths skews public perception, and we fall victim to the phenomenon of illusory truth, where mere repetition of a claim induces us to afford it more weight than it warrants. Once a falsehood is cemented in public consciousness, it takes a Herculean effort to dislodge.

Research suggests that exposure to antivaccine conspiracy theory has a marked effect on intention to vaccinate. In reality, the vast majority of the vaccine hesitant are simply concerned parents eager to do the best for their children. Confronted with worrying claims and unsure what to believe, apprehensive parents may choose to avoid vaccination.

How then can we counter this? Access to quality information is part of the solution, and recommendations by physicians have substantial impact on parental intention to vaccinate. Engagement by scientists, doctors, and health bodies can clarify common misconceptions. Despite the sound and fury of antivaccine activists, there is probably little point focusing efforts in this direction. It is far more productive to concentrate efforts on those who are open to hearing about the evidence we have for various vaccines. Compassion is paramount; rather than be dismissive of fears, the scientific and medical community must be mindful that parents especially are exposed to odious untruths. Frustrating as these claims may be to healthcare professionals, care must be taken to assuage fears if vaccine hesitancy is to be reversed.

This of course does not mean that we simply ignore antivaccine activism. Antivaccine activists thrive on propagating their message, employing effective tactics to do so. Social media companies have wrung their hands over the rise of antivaccine falsehoods on their platforms, but they must be put under sustained pressure to better counter the problem. Equally, traditional media outlets covering the issue must adhere to responsible coverage. The evidence for the safety and efficacy of vaccination is overwhelming, and it is misguided to engage in false balance by affording antivaccine claims a platform or legitimacy.

Perhaps most important is reframing the discussion; when a confidence crisis about the HPV vaccine hit Ireland in 2015/16, vaccination rates fell from rapidly from 87% to 50%. Ireland responded with a coordinated alliance of scientists, doctors, patient advocates, and parental groups to stem the tide of misinformation. Central to the campaign was patient advocate Laura Brennan; despite a terminal cervical cancer diagnosis, Laura articulately and passionately argued for the vaccine that could spare women the struggles she endured. This refocused discussion away from debunked ostensible side effects, reminding people of the very real disease the vaccine could prevent. Laura passed away in March aged just 26, but her bravery and brilliance will save untold lives; uptake in Ireland has risen above 70%, and the WHO have adopted her advocacy as a case study in reversing antivaccine falsehoods.

Antivaccine activism is just a microcosm of the wider problem the scientific community faces with disinformation. We need to be mindful of falsehoods, be they health focused or political in nature, as well as the motivations of those propagating them. The reality is that those peddling antivaccine falsehoods ultimately put others at risk of illness or even death. As a society, the long-term solution to address this is to improve our collective critical thinking, learning to judge the information to which we’re exposed. It’s crucial that the medical-scientific community be at the vanguard of the pushback against falsehoods, and cognisant of the scale of the problem. Our collective wellbeing depends upon it. 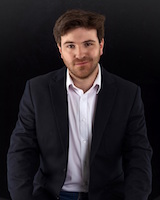 Conflict of interest statement: The author declares no financial conflict of interest. He is a volunteer advocate for the HPV vaccine, and was privileged to be both a colleague and close personal friend of the late Laura Brennan.