Positive feedback is essential to motivate trainees, reinforce what’s going well, and encourage repetition. But has the volume become overwhelming?

As a junior doctor, there’s no escape from feedback. Multiscore feedback (MSF) at least once a year (twice in Scotland) from other doctors, nurses, ward staff and medical students provides commentary on a junior’s competence, professional approach and teamworking. One negative comment triggers another round of feedback. Workplace-based assessments to appraise clinical reasoning, practical skills, and patient interaction are signed off by senior clinicians. Educational supervisors then give feedback on this feedback, but only after trainees complete feedback about their own performance.

Juniors give even more feedback than they receive: for colleagues’ eportfolios and appraisals, weekly teaching sessions, satisfaction ratings for conferences, the four-monthly NHS training survey and annual GMC survey. What might be constructive dialogue can stray into ransom: receiving a Continuing Professional Development certificate after an educational event is conditional on submitting feedback. We are told that “feedback‐seeking behaviour” is essential to adapt and learn, but the volume of feedback traffic is already overwhelming.

Positive feedback is essential to motivate trainees, reinforce what’s going well and encourage repetition. A piece of well-timed, specific feedback can be transformative. Frequent encouragement between trainer and trainee helps establish trust and support, and this increases the likelihood that constructive negative comments will be perceived as helpful. But are the systems in place successfully designed to have this effect?

Feedback in the NHS has become an immense bureaucratic structure in its own right. It hasn’t always been like this: for previous generations of trainees under the apprenticeship model, formative and summative assessment tended to be oral, non-standardised, and based on subjective opinion. Today’s overhauled system is seemingly far better. It generates an abundance of formalized written feedback, which intends to spur reflection and improve performance. But there’s little evidence to prove that’s the outcome. The NHS’ untested assumption is that all feedback is valuable, no matter how brief, how rushed, or how forced.

For anything other than compulsory feedback relating to career progression, staff feedback rates in the NHS are low. Trusts report suspicions of “survey fatigue.” When daily requests litter the inboxes of trainees and consultants to provide comments on colleagues, emphasis starts to shift from quality to quantity. With limited time, a bartering system sets in: I’ll write yours if you write mine. No time is allocated nor remuneration given for filling in feedback forms. Too often the result fails to be meaningful, and reads like the output data from customer emoji feedback buttons in checkout lines.

Despite international use of multiscore feedback (MSF), little attention has been paid to whether it’s considered valuable by doctors, or enhances the care we deliver. In 2010 a systematic review in The BMJ on the impact of task-related feedback concluded that “[t]here is no evidence that alternative workplace based assessment tools (mini-clinical evaluation exercise, direct observation of procedural skills, and case based discussion) lead to improvement in performance.” The authors also added that “[t]here is limited evidence that multisource feedback may lead to improved performance,” while another study from 2009 “underscores the fact that hospitals and consultant groups should be aware of the existing lack of openness and absence of constructive feedback” in MSF.

Faith among the NHS workforce about feedback’s power to bring about change is staggeringly low. After Hadiza Bawa-Garba’s feedback on her own decision-making for her eportfolio was used as evidence against her, cynicism about the purpose and usefulness of these enforced reflections has grown. Feedback seems less like an evaluative tool and more like a disciplinary mechanism.

Daily interactions between seniors and trainees tend to focus on what’s gone wrong. As Matthew Barton, an FY1, recently wrote in a letter to The BMJ, “if a mistake is made, you can be certain that you’ll hear about it. However, performing a task above the level expected, or simply doing a good job, will often go unnoticed.” Barton prescribes “a simple ‘well done’” to increase motivation and reinforce good work. But this is often too much to expect.

Much depends not only on the content of feedback, but its manner. If delivered insensitively or incompetently, this risks worsening trainees’ performance. If other doctors are in the vicinity when feedback is given to a colleague in a tactless or humiliating way, research shows this not only lowers the performance of the person receiving feedback, but also the performance of trainees who overhear it. When receiving offensive or aggressive feedback, doctors experience a decrease in cognitive ability; bystanders who witness this interaction are not motivated by the example, but rather experience a drop in performance. Proven compromises to patient care follow.

Insidiously, feedback is also vulnerable to unconscious bias. Eportfolio feedback is framed as objective, but evidence shows how often women, ethnic minorities and other protected groups are penalised within the current system. Many female trainees attest that they are more likely than their male counterparts to be given advice to “smile more”, or receive feedback that they lack confidence (which is conflated with lower competence). Male doctors with a serious demeanour are, if anything, praised for respectful professionalism, while women are branded as cold or difficult. These observations resonate with research in academia: when students were asked to assess the performance of their lecturers, women repeatedly received lower scores than men, even when they delivered the same material. Female trainees also more often “under-rate” themselves, scoring their own performance lower compared to the self-evaluations of their male colleagues. If feedback is indeed intrinsically skewed, and the NHS continues to use it as a basis for professional reward and career advancement, the system is reinforcing biases rather than exposing them.

Feedback is heavily top-down. Revalidation requires seniors to request feedback from trainees, but as one consultant said, “It’s an exercise in knowing who will give you a good review, not in collecting meaningful information that will make you a better clinician, educator or boss.” Seniors should be setting an example of “feedback‐seeking behaviour,” because if “physicians and trainees are going to make the most out of the learning environment,” says Susan L. Rosenthal, Professor of Medical Psychology at Columbia, “it has to be a learning environment in which feedback can go in both directions so the trainee can share respectfully with the attending [consultant] how they’re experiencing the situation.”  Yet it is common for constructive suggestions and concerns raised by juniors about consultants’ competence, safety and professionalism to be stonewalled or rebuked. Official channels are open for juniors to voice feedback, but this takes time, energy and courage.

A recent commentary in JAMA Pediatrics—“Walking on Eggshells With Trainees in the Clinical Learning Environment: Avoiding the Eggshells Is Not the Answer”—tackles the fact that medical training makes people uncomfortable. It is the responsibility of trainees and trainers alike to be thoughtful and honest about how their colleagues could do better. The key to successful feedback, writes Janet R. Serwint, Professor Emerita of Paediatrics at Johns Hopkins, is being clear that you care about the person you are evaluating. The strongest motivator for trainees to respond constructively to multiscore feedback is the perceived quality of mentoring they receive in their job.

While a junior herself, Serwint felt that when negative feedback was delivered with consideration and care, it was easier to take. “I look back at my career and my life and how important some of that feedback was,” she writes. “[I]t was hard for the giver to give it to me, I’m sure, but they did it in a respectful way.” For today’s short rotations with disproportionately high feedback workloads, inevitably there is limited investment in the difficult task of giving criticism well. “I worry that the balance is swinging in such a way that it’s all about, oh, you are wonderful,” Serwint says.

How can feedback be made more efficient and effective? Firstly, as Anne Dohrenwend helpfully advises, be mindful if you’re hungry, exhausted, rushed or upset when giving feedback. If so, you’re likely to be communicating little besides your own disgruntlement. For good delivery, Jennifer King has outlined the basics most of us know we should follow to make our feedback count: be descriptive of behaviour rather than personality, specific to a particular task or situation, sensitive to the needs of the recipient, and respectful of differences in styles and practices. Give it soon after an event, and with sufficient time for trainees to improve before they rotate on. In essence, feedback should be SMART (specific, measurable, attainable, relevant, and time-bound). This formula has been long-promoted, but change has been slow.

In failing to make feedback meaningful for the needs of trainees, the NHS is blocking a critical pathway to more dynamic workplaces and better patient care. Thoughtful feedback takes time. This should be rota-ed, ringfenced and remunerated as part of doctors’ contracted hours. We are taught how to care for patients, but not how to motivate and supervise colleagues, yet this is essential. Giving useful feedback is not complicated, but training is required for everyone to do it well with specific awareness about unconscious bias. Trainees and their trainers need a culture of regular, verbal, informal, multi-level feedback, soliciting both positive and constructive criticism. It is every doctor’s responsibility to create an environment that encourages us all “to walk across eggshells without fear.” 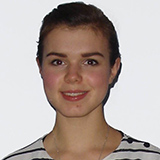 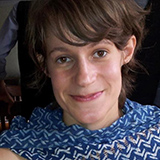